on behalf of Channel 6 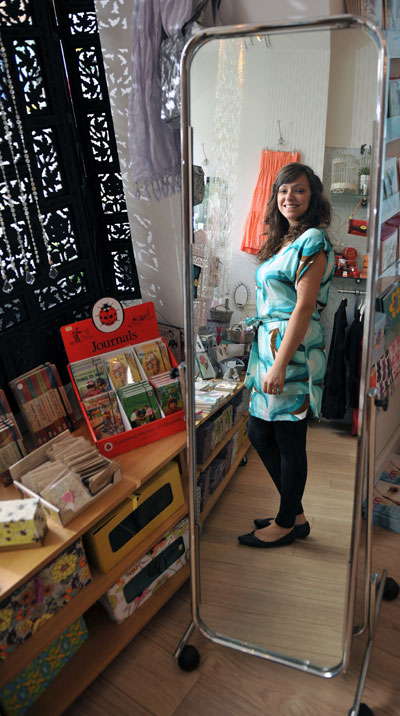 A Scottish boutique has been shortlisted for a UK-wide award after a website revamp saw online sales rocket by 50% this year.

The Bohemia Design website is in the final running for the Drapers online retail awards after being shortlisted in the Best Independent Etailer category.

Since its site was redeveloped by multimedia specialists Channel 6 in January 2009, it has seen orders flooding in from across Edinburgh, Europe and as far afield as Kuwait.

Bohemia co-founder Debbie Ogg said: “We are thrilled to be in the final stages of the Etail awards, thanks to the site that Channel 6 developed for us.

“Good design is essential because our customers are very visually orientated. It is important to have a good looking site that is also easy to navigate, so customers can find their way around to buy our products.

“The Channel 6 e-commerce software is really simple for us to update and manage orders through. Since we are a small retailer, we are always changing stock and managing small quantities of particular fashion lines, so it is very important the basics are right.”

The Scottish lifestyle boutique, which just celebrated its second anniversary online, enjoyed a dramatic surge in online sales following a web relaunch in January 2009. The ecommerce boost led Bohemia to move into bigger premises in September and it now has two Edinburgh outlets, on Morningside Road and Roseneath Street.

John Cavanagh, Internet Marketing Manager with Channel 6, said: “The whole team is delighted the Bohemia Design website’s success has been recognised with this nomination.

“Channel 6 has worked incredibly hard to make sure the website is the best possible platform to market Bohemia’s range of boutique clothes and gifts.”

The Drapers awards online Etailer Category is open to online merchants with ten offline stores or fewer and looks for a site that has enhanced and grown its overall business and customer base.

Judges selected the awards shortlist based on sites offering an outstanding user experience, and will reward the online merchant that offers the best brand mix, product choice and editorial content.

Search engine rankings, customer service, marketing, technological innovation and design will also all be taken into account when selecting the winner.

Debbie added: “Channel 6 has really helped us get the basics right to ensure we can have the best website possible.

“The Ch-ching ecommerce software provided by Channel 6 is really simple to operate so we have no hassle processing orders and keeping our site bang up-to-date.

“As with any website, you can’t just set it up and forget about it – you have to market it and keep it current. We work really hard on that, and Channel 6 has made it as easy as possible to yield results.”

This latest nomination follows Bohemia’s standing as a finalist in the ‘Best New Business’ category in Drapers Awards 2007. Most recently, Bohemia owners Jenny Lockton and Debbie Ogg were awarded ‘Buying Team of the Year’ at the Spring Fair Awards 2009.

The Drapers website is an authoritative voice to the UK fashion business, offering news and trend forecasts from the catwalk and online.

The 10 categories also include Best New Etailer,  Best Pure-play Etailer, Multichannel Retailer, and Best Customer Experience. There will also be a Gold Award for the overall winner.

The winners will be announced at the second Drapers Etail Awards ceremony, to be held at Bloomsbury Ballroom, London, on January 28.