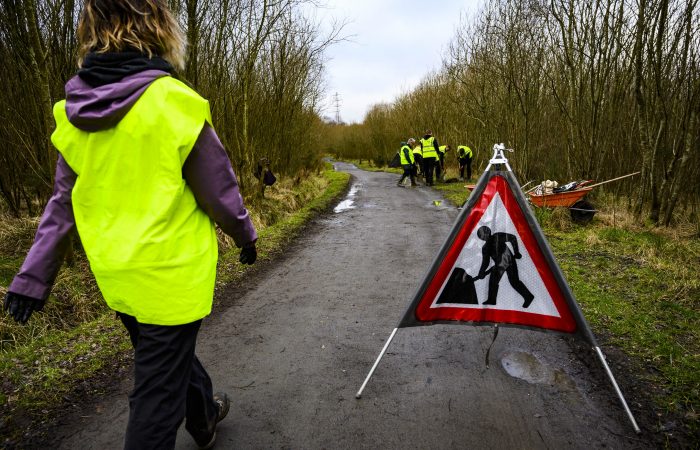 Over 700 volunteers will be bringing the country’s paths back to life this winter with a little help from Scotland’s national walking charity.

From the Isle of Skye to the Scottish Borders, 753 volunteers will transform neglected parts of their local path networks as part of Paths for All’s Know Your Routes campaign.

Out of almost 100 applications, Paths for All have awarded 44 projects a share of £72,560 to be put towards restoring, creating and promoting local pathways.

The money will be used for wide-ranging work including clearing debris, structural improvements, installing signage and lighting, hiring tools or contractors, promoting routes and improving biodiversity along path networks to encourage every day walking and put ‘no-go’ areas back into the hands of the community.

The estimated figure for the community groups’ volunteer in-kind contribution is calculated to be over £271,000.

As the individual projects progress, everyone is being invited to keep up-to-date with the improvement work by using and following the hashtag #KnowYourRoutes.

Ian Findlay CBE, Chief Officer at Paths for All, said: “There is a growing movement of people choosing to walk or cycle instead of using a car  as the public tunes into the benefits this can bring to their health and our shared environments.

“Without care or upgrades, paths can sadly become unsafe, unstable and fall out of use making walking and enjoying the outdoors difficult for many.

“But thanks to the dedication of these passionate volunteers, our vision of encouraging everyone in Scotland to walk every day and everywhere is becoming a reality.

“We’re excited to see the difference that this work will bring to towns and cities across the country and know that a great number of communities will benefit.” 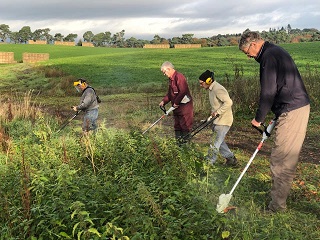 The projects will be carried out mainly by volunteers and charities and their work is expected to be finished by April 2020.

This year’s grant schemes have been funded by Scottish Natural Heritage, Transport Scotland and the Scottish Government.

Last year, almost £90,000 was given to 46 projects through community path grant schemes and a number of walkways were put back to good use.

Could your organisation benefit from Charity PR?

Getting in touch couldn’t be easier. Simply give us a call on 0131 561 2244 or take a few seconds to fill in the form below and one of the team will get straight back to you