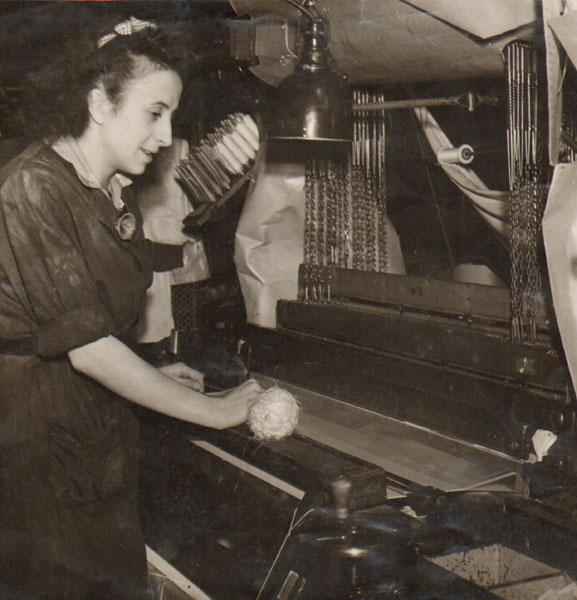 Barbara Unwin from Dunfermline is about to have her work on the Queen’s wedding dress immortalised as it goes on display in the city’s new museum opening in 2016.

As reported in the Dunfermline Press, Barbara, a resident at Bield’s John Connolly Court in Dunfermline, was one of the few people who worked on the then Princess Elizabeth’s wedding dress in 1942 without actually knowing what it was.

Barbara said: “The project was very much top secret so much that we weren’t actually told what it was until I was handed an official invitation to the wedding.

“We knew it was important though because they hung towels on the oily bits of the loom and gave me a basin of water to keep my hands clean at all times.

Barbara is no longer able to crochet as a result of her arthritis but this hasn’t stopped her from passing on her knowledge to the other residents.

Sandra Brown, scheme manager at Bield’s John Connolly Court, said: “It has been great speaking to Barbara about her amazing experience making the Queen’s wedding dress.

“She is a very independent woman and although she suffers from arthritis I thought it would be good for her to share her knowledge of crochet with some of the residents.

“She has really enjoyed teaching her skills and it’s great to see an older person with such vitality for life.”

The full coverage can be read in The Dunfermline Press and was secured on behalf of Bield thanks to Holyrood PR.