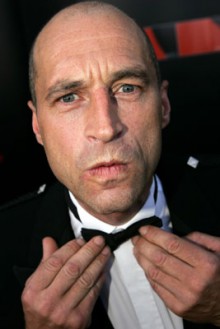 I’m referring to the controversy kicked up in PR circles by the Freedom of Information (FOI) request I put in to the Scottish Government about its PR roster.

Failing to predict this wee stushie (which I’m going to modestly call Rostergate) isn’t the best advert for a PR man, especially one with my crisis spotting and averting credentials.

But hey, we live and learn. Even at 40. And the more I learn about this little roster carve up saga, the angrier I get.

I did previously promise that I’d share some of the information gleaned from the FOI results I’ve received to date. The first figure which struck me was this:

A total of 43 Scottish PR agencies applied to be considered for the Roster. Each was asked to submit a Pre-qualification Questionaire (PQQ) before the field was reduced to 12 agencies who were invited to tender.

Perhaps this is already well-known in PR land? But it came as news to me and I was blown away by the figure.

I wish I had a full list of the 31 agencies who didn’t make the cut – so I could contact them and congratulate them for their optimism and fortitude in the face of impossible odds.

Guesswork it may be, but I suspect those 31 are mostly smaller agencies with five to 15 people. The reality is they never had a hope in hell of making the roster.

Their optimism might have been genuine. It might have been charming. It might even have been considered admirable. But it was also entirely misplaced. And as far as the chances of winning work from the Government or public bodies is concerned, the situation is set to get an awful lot worse.

You see, while rosters of “preferred suppliers” are nothing new, it’s never been absolutely necessary to be on the list in order to win the work.

Many of the 31 will already by working on contracts with the Government and other public bodies and may even have pitched against bigger rivals (including roster agencies) to win that work.

But those days are all but over. My own experiences match exactly what I’ve been told by the other PR people – public sector clients are reluctantly advising incumbent PR teams to brace for the big push.

Pressure is being applied mercilessly on public bodies and without exception they are being told from on high: “You must use the roster agencies when it comes to contract renewal time.”

The government has effectively set itself up as a menacing bouncer outside the Nu Contract Niteclub and is telling PR agencies: “if you’re not on the list, you’re not coming in.”

It’s a jaded and laughable cliché. It might even be funny in the way that most tinpot bureaucracies are. But I can’t find time to laugh, because I’m too busy listing the ways this is awfy bad news.

• It will ensure that any increase in public spending – widely touted as the surest way to get the UK out of recession – will benfit only a fraction of the Scottish PR industry.

• It rewards big agencies for throwing staff and resources at form filling – while penalising smaller agencies who have thrown staff at delivering excellent service and tangible results.

• It will end relationship-based PR, by binning years of painstakingly-built rapport and hard-won trust – and parachuting in tick box practices in their place.

But worst of all it will ultimately demean PR in the eyes of anyone watching. I don’t even want to think about the crushing inevitably of peering through my fingers as the whole “mini pitch” set up implodes.

For those who aren’t yet familiar with this nauseating concept, it means that in the place of genuine competition, every time a public sector contract comes up for renewal members of the six-strong roster will be asked to pitch against each other. Again. And again. And again.

I already know where that is going. Remember “bum fighting” where tramps were paid to batter each other senseless on camera for the price of a bottle of Buckfast? We hated ourselves for watching, but the freakshow lure was just too much. Then after 30 seconds your basic human decency won out and you’d switch off, appalled.

That’s what we’ve got to look forward to – the PR equivalent of that 30 second bumfight – all sharpened elbows and eye gouging as the six jostle and jockey for the ascendency, before we all look the other way and try to pretend we never saw.

Then there will be the all-too-predictable slide into complicit venality, as the realisation dawns among the protaganists: “Hang on guys why are we fighting? There’s only six of us and plenty of work to go round! If you don’t try too hard on this one, then we’ll give you a clear run at the next one. We’ll all win big in the end.”

What a choice: brutalising bum fighting or chummy carve up.

Of course the root of the problem is simpler yet. The new roster system means there’s no real choice at all.