Rostergate: Could bullish FOI tsar have a say in the PR row? 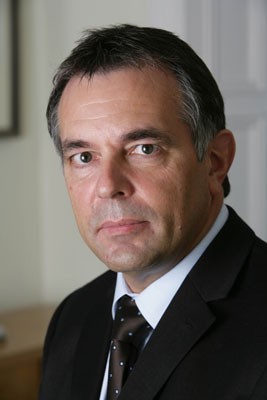 Talk about timely. This could well be the face of the man who will restore my faith in public transparency.

Last week I was given a hard boot in the backside when the Scottish Government roundly rejected my Freedom of Information request.

I’d asked for the successful submissions which earned six PR agencies the right to pitch for the vast majority of the government’s PR work over the coming four years.

Given the massively, lucrative sums involved I naively expected our public guardians would be tripping over themselves to prove exactly why the nation’s taxpayers should be so grateful for this arrangement.

Not so. The bureaucrats quickly coughed up a bunch of peripheral information – but bafflingly refused to deliver the relevant data: what exactly the successful agencies promised that so merited their place on the public contract pedestal.

Worse yet, they cloaked the decision in some gobbledegook about it being “commercially sensitive”. Yeah right.

This is a cop out of the most infuriating stripe. It reeks of moribund bureaucracy; a stifling of legitimate questioning by putting up an exhausting series of obstacles, hurdles and impediments.

This will strike a nerve with anyone who has ever ground their teeth at the unending and ingenious ability of bureaucrats to frustrate the normal and direct resolution of problems practiced elsewhere in everyday life.

So step forward Kevin Dunion, the Scottish Information Commissioner, a man I am told who takes a no-nonsense approach to information. Apparently he takes the view that freedom means exactly what it says – and is not a bureaucratic byword for baulking, dissembling and delaying.

Today he publishes his fifth annual report – with a reassuringly bullish call for  those in public life to adopt a new model of leadership; one which will see them actually expect to be held to account. Now that really would be refreshing.

Indeed, according to his press release, the forward-thinking Mr Dunion adds: “Leaders should see it as a matter of right, not offence, when they are asked for information.”

Even more pleasingly he is vigorously pursuing even greater clarity by demanding that even more information is made readily and easily available on the subject of public spending.

The marketing framework which saw PR (as well as design, advertising, digital and direct marketing) agencies appointed to carry forward the government’s work is supposedly a model of good practice.

That is entirely a matter of speculation until it has been rigorously and thoroughly examined by anyone outside of the successful agencies and the procurement officials who appointed them.

So far the Government have told me how the 12 short-listed agencies scored – and even provided the scoring matrix used (click here if you fancy reading the government’s scoring matrix).

But it is all meaningless until it can be applied to the successful submissions – and the rest of us can see exactly what it is that justifies the appointment of the agencies involved.

Yes, I accept there may be aspects which are commercially sensitive and in fairness to the agencies involved that information should be removed in the interests of protecting whatever business those agencies conduct outwith the public sector.

But to insist the submissions – in their entirety – are commercially sensitive seems not only ludicrous, but insulting.

I rather suspect my own FOI request will end up in front of Mr Dunion and he will be asked to make a decision on it.

So it’s somewhat reassuring to get this flavour of the man – I suspect I have more cause to be hopeful than the wallahs at the Scottish Government.

NOTE: The picture of Kevin Dunion is by Ashley Coombes at Epicscotland.