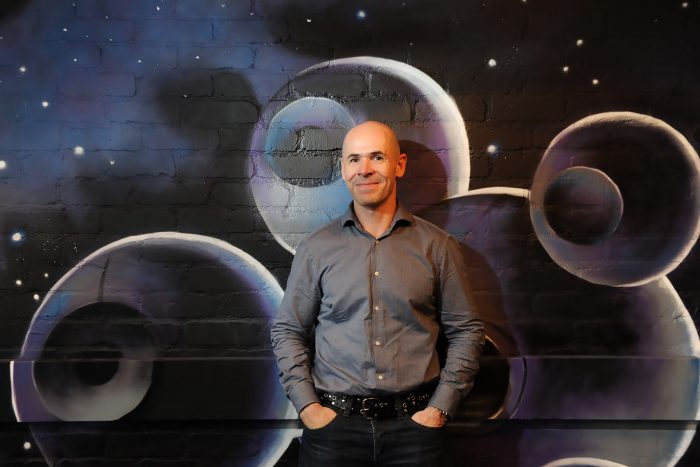 A TRIO of space industry heavyweights have joined a firm on track to become the first UK-based satellite launch provider for more than 50 years.

With combined senior-level experience in roles at NASA, SpaceX, Virgin Galactic and Skylark, Dr Tom Markusic, Gerry Webb and Craig Clark MBE have formed an advisory board at Skyrora.

Together they bring industry knowledge amassed over several decades and will advise the Edinburgh-headquartered firm as it bids to become a key launch provider at a future Scottish spaceport.

With the first UK launches expected to take place as soon as 2021, Skyrora is already performing developmental research and hardware testing to support the company’s plans to take small satellites of up to 320 kilograms to sun-synchronous orbit at 500 kilometres altitude.

Daniel Smith, Director of Business Development at Skyrora, said: “The breadth of experience that Gerry, Craig and Tom offer is truly astonishing – they have been at the forefront of the space industry for years and have each accrued a level of expertise that will help us to sustain our rapid growth and development.

“It made sense for us to formalise this as an advisory board. We want to be the go-to option for small satellite companies launching from Britain not just because we are a dynamic UK-based business, but because of our long-term vision, cutting-edge technology and the variety of services we’ll offer. 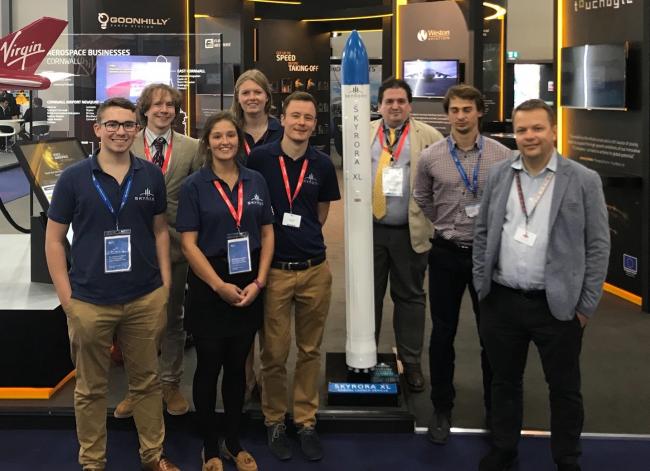 “To help us with that aim we are encouraging all three experts to guide us with our high-level business operations and through the use of their strong connections, ensuring we stay on the path to orbital launches and reinforcing the UK’s space ambitions.”

The appointments come as Skyrora sets up the next phase of its upper stage engine testing at Cornwall’s Newquay Airport and off the back of a successful launch of one of its test vehicles north of the border.

Taking place at the Kildermorie Estate in Ross-shire, Skyrora successfully tested components with a nine-foot 2.5 metre rocket reaching over 1,100 mph.

Speaking following the appointment, Craig Clark MBE said: “The UK has a fantastic opportunity to establish itself as the world’s power house for small satellites. It is clear to me that Skyrora are a special company who are determined to establish a launch capability here in Scotland and I am delighted to be able to support them with their ambition”

Gerry Webb added: “Skyrora is on the cusp of something truly special – and it is evident that the UK government and public is heavily behind the drive to launch small satellites from northern Scotland.

“I’m delighted to be joining the newly-formed advisory board to share what I have picked up on the way – in an industry that is now moving so fast that if you blink you can miss a major development.”

Craig Clark MBE is a founder and business strategist with Glasgow-based Clyde Space, one of the most successful suppliers of small satellites in the world.

With over 11 years spent at a major satellite company down south and now over 13 in Scotland, Craig brings not only engineering expertise but a know-how when it comes to running a successful new-space company – and a bulging contact book of space community figures.

Gerry Webb brings vast experience working in the UK space programme from 1960 on research with rockets and satellites, launch campaigns with the largest British research rocket, Skylark, and managing the procurement of these vehicles.

He also founded Commercial Space Technologies Ltd. in 1983 which has since brokered and managed the launch of 81 satellites, undertaken international satellite and trading projects and provides consultancy advice to British industry and government.

Dr Tom Markusic has an incredible wealth of experience behind him with high-power roles such as Vice President of Propulsion at Virgin Galactic and Senior Systems Engineer at Blue Origin as well as NASA. More recently he co-founded Firefly, a launch vehicle provider based in Texas.

Skyrora is aligned with the UK Government and UK Space Agency plans to launch rockets from a new spaceport in Scotland – and is bidding to become the primary UK-based provider.

The Skyrora XL vehicle is on track to become the first British rocket to launch into orbit as part of the new commercial space race – and draws parallels with the original UK orbital rocket, Black Arrow, through its use of the proven, responsive combination of kerosene and hydrogen peroxide as a fuel source.

The rapidly growing Edinburgh-based team aims to capture its share of the fast-growing small satellite launch market and has already created two separate prototype engines, one of which will be used to propel the vehicle’s upper stage and is scheduled for testing at Cornwall Airport Newquay later this year.

Get in touch with our multi-award-winning Scottish PR agency

If you’d like to emulate Skyrora’s recent media success, simply get in touch with our Scottish PR agency on 0131 561 2244 or by using the form below: