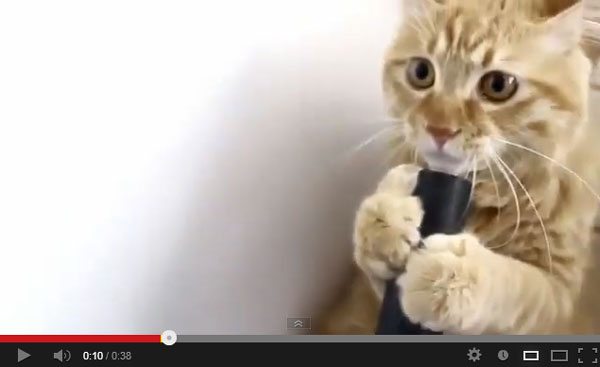 Who needs to jump on a plane to Hawaii when you can pop on the train to Aberdeen to see dolphins. RSPB Scotland is running ‘Dolphin watch Date With Nature’ at the city’s Torry Battery from Thursday until August. Best bring your coat along though.
http://www.bbc.co.uk/news/uk-scotland-north-east-orkney-shetland-22365407

Journalists, photographers and reporters beware, if you had any intention of making your way to the rugged terrain of Syria, you may want to reconsider. The Huffington Post dubs the country the ‘deadliest place for journalists’ as it reveals that those in such professions are specifically targeted by both the government and rebel groups. At least 36 journalists have been killed in targeted attacks since 2011, including the celebrated and intrepid journalist, Marie Colvin. It is yet unsure whether casual bloggers are also at risk of violent reprimand, but to be on the safe side I’d book a trip to a luxury spa instead.
http://www.huffingtonpost.co.uk/2013/05/02/syria-deadliest-place-for-journalists_n_3200081.html?1367561003&utm_hp_ref=uk

Our police force may not, in the opinion of many, be perfect, but at the very least it has been a considerable amount of time since one of our boys in blue crushed someone to death. I think we should take the time this Friday, to thank whatever greater power you may or may not believe in, that we were not all born in Japan. Although this apparently one-off incident of a police officer accidentally crushing a woman to death in the process of an arrest cannot be used to judge the country as a whole, I personally am too tall for the fashion so would much rather stay here.
http://www.weirdasianews.com/2013/05/02/japanese-woman-accidentally-killed-heavy-set-police-officer/

Just when you thought the filthy foursome were gone, news has hit the web of them returning to the big screen to land us with a sequel to The Inbetweeners Movie. Planned for next summer, it seems the boozy boy’s holiday in Greece will be traded for a backpacking adventure in Australia.
James Buckley, Simon Bird, Blake Harrison and Joe Thomas are all said to have signed on for the new feature-length jaunt with a script already in production.
A source told The Sun: “It wasn’t easy for any of the guys involved to call it a day after the last film. They were a tight-knit family and really missed each other when it all came to an end.” Can it be more outrageous than the last? They’ve got themselves a challenge.
http://uk.movies.yahoo.com/inbetweeners-movie-sequel-planned-for-oz-090929874.html

It’s nearly the weekend so I figured everyone could use a good laugh. They say laughter is the best medicine. In which case, this video should do the trick. A 38-second clip of a curious little cat that’s fascinated by the suction from a hoover has quickly racked up more than two million views online. In the video, which was posted on YouTube on Wednesday, the cat seems mesmerised by the nozzle of the hoover, gripping it with its paws and putting its tongue inside the appliance.
http://www.youtube.com/watch?v=IZ8jJA7yITM