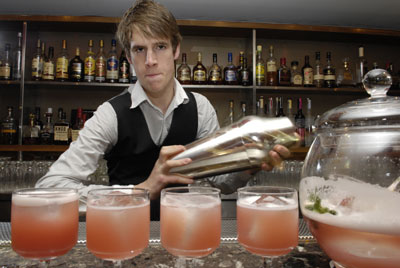 The Sun explained that the Edinburgh bar had brought in a gigantic gallon shaker from New York, which is capable of holding up to eight pints of booze, and would be used to make specialist cocktails.

The introduction of the two-foot long shaker is one of the many exciting changes being made at Rick’s, situated in the Capital’s Frederick Street, which has just undergone a major refurbishment.

Rick’s team of expert barmen will fill the giant shaker with various alcohol and mixers before mixing it up and tipping it into a giant punchbowl where drinkers will be invited to scoop out drinks with tiny crystal glasses.

The full coverage appeared in The Sun and came as a result of a media campaign by the Holyrood Partnership, PR in Scotland.