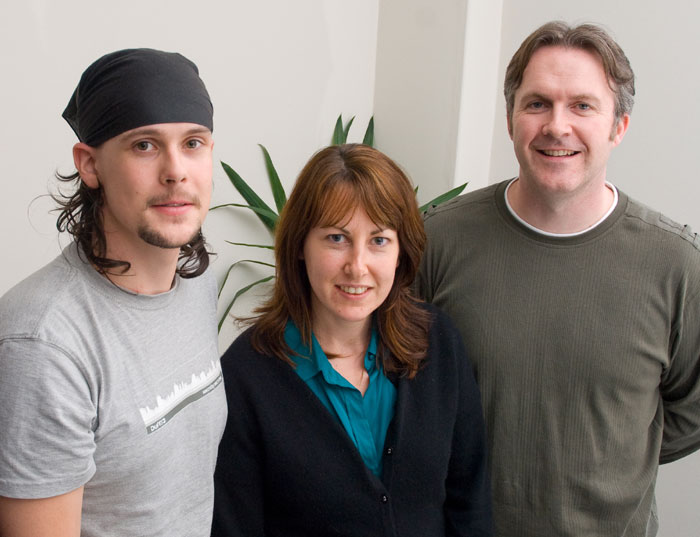 Multimedia firm Channel 6 has celebrated a double success after its latest project enjoyed a record breaking launch – and helped the firm land an expert new member of staff.

Edinburgh-based Channel 6 specialises in designing and delivering e-commerce websites and its latest project was to deliver the online box office for the Edinburgh Fringe.

Despite tight deadlines on the complex project the team delivered on time and banished the problems which plagued the ticketing site in previous years.

Because of the tight deadline on the project, Channel 6 brought in a respected Edinburgh freelance web developer to assist with the project -now he has joined the team full-time.

Colin Pickup, 27, a graduate in artificial intelligence and software engineering from Edinburgh University, started his career with a prestigious job in the BBC’s future media department before setting up as a freelance in Edinburgh.

Colin, a former pupil of George Watson’s College in Edinburgh, said: “This was the first time I had worked with Channel 6 and the fit was perfect from the start. As soon as I met the team we got on really well, we were all immediately comfortable with each other.

“I hadn’t really thought about stopping work as a freelance, but when they asked if I’d be interested in joining the company it was too good an opportunity to pass up.

“The range of work coming in to Channel 6 is exactly the kind of stuff I want to be working on and the company has great credentials as well as exciting plans for the future.”

The Fringe success and Colin’s appointment caps a highly successful first year for Channel 6 after it was bought over by a pair of former e-business advisers.

After years of advising others how to run successful web businesses, Kate Little and John Cavanagh led a six-figure takeover of the company in August 2008. The pair joined with two existing staff Anne Marie Wood and Ewen Cameron with all four taking an equal 25% stakeholding.

“We are proud of what we have achieved and now that we have recruited successfully we are very well placed in a sector which has defied the recession and is continuing to grow.”

The company now has six staff and Kate says the company is confident of further growth in the coming year and says projects like the Fringe ticket micro site are a perfect showcase for its skills.

That project saw them integrate a new box office system – developed by Red 61 – and the Fringe Database with the Fringe website so customers can check show times, book seats and buy tickets online.

She added: “It was very much a team effort and our team is getting stronger all the time. We are building real strength in depth in terms of design, usability, programming and internet marketing.

“We have clients of every size, from the smallest one-person e-commerce sites using our Ch-Ching e-commerce software, to major companies and organisations who want totally bespoke solutions.”