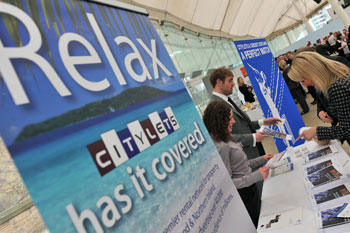 Citylets.co.uk has seen a record number of visitors to its site in August 2010 which coincided with its official 10th anniversary.

The impressive stats are 60% higher than the figures recorded during August 2009 and nearly triple what they were in 2007. They also come as the portal was recently verified by Experian Hitwise as the UK’s most visited residential lettings site.

Thomas Ashdown, the entrepreneur who set up Citylets in 2000, said that the latest stats were the perfect birthday present.

He said: “Whilst we have been online since 1999, Citylets.co.uk officially went live in August 2000 so it is pleasing that we recorded our best ever figures in our birthday month of August 2010. We saw a significant 60% uplift in visitor traffic on the previous August – a year on year increase well beyond our hopes and expectations. Indeed the whole of the last quarter Jul-Sept 2010 has been phenomenal with traffic up 55% according to Google analytics.

PR in Scotland for rental leader

“The stats are especially pleasing as they come just after we were revealed by Experian Hitwise to be the most visited residential lettings website in the whole of the UK despite having no operations in the largest domestic market – England.

“Since starting up Citylets from home 10 years ago, we’ve seen the portal grow and improve every year. Its been a long and challenging journey to get the network fully established across Scotland and Northern Ireland but we’re now looking forward to the next 10 years.”

Citylets celebrated its birthday with its first ever national TV campaign which was premiered in August using a concept based on the successful A-Team movie.

www.citylets.co.uk is Scotland’s most successful lettings portal. Its quarterly report is the country’s only detailed and independent barometer of the rental market, based on over 50,000 annual lettings from more than 400 agents and is now a respected resource among investors, landlords and letting agencies. Citylets also operates in Greater Belfast and other parts of N Ireland.