A RECORD field of 650 will compete in the biggest golf tournament in Europe as the young stars of the future challenge for honours in the 2017 U.S. Kids Golf European Championship this month.

The field will include budding golf aces from around the world who aim to follow in the footsteps of inspirational young golfers who have achieved the dream and made a living on the fairway.

The championship – played over six courses in East Lothian – has produced a number of notable names over the years with several going on to turn professional.

Scot Grant Forrest, who turned pro in 2016 following a very successful amateur career, has fond memories of winning the inaugural European Championship on his local courses.

He said: “I remember how excited I was to compete in one of my first international golf competitions and to do this in East Lothian made it even more special. The competition is a fun event and a great way to introduce young boys and girls to competitive golf.

“I can’t quite believe that it is now almost a decade since I won the very first event and it is fantastic to watch the competition develop each year and see more and more young golfers from across the world come to compete in East Lothian.

“I know every competitor will gain a huge enjoyment from the experience and maybe I might see one or two of them in the professional ranks in the years to come.”

Players from 48 nations – including Vietnam, Russia, China and Colombia will be represented – with the youngest competitor being just five years old.

The European Championship – like all U.S. Kids Golf Foundation tournaments – puts emphasis on high quality competition and the use of scaled yardages to foster enjoyment of the game.

“It’s always special to come to Scotland, there is no better place to appreciate and honor this great game,” said Dan Van Horn, the President and Founder of U.S. Kids Golf. “This year marks the 10th anniversary of the event. The outstanding talent on display is a true testament to the commitment of these young players developing both their skills and love for the game.”

“We’re providing opportunities for players to learn and grow in the game, develop a lifelong passion, make lasting friendships and spend quality time with their family. I think the expansion of the Local Tours in Europe – and in fact, around the world – show that the goal is being met with more than 50 countries represented in this year’s event.”

“Furthermore, the quality of the courses hosting this championship shows the love and support that makes Scotland such a leader in the golf community. We are excited to recognize such outstanding players. Players, such as Grant Forrest, have used this event to help establish themselves in professional golf. Without question, there will be more from this year’s field that will do the same.”

“There are so many things about the European Championship that make it such a special event. We’re excited to see this year’s field and the families that come along to support them.”

The European Championship serves as an aspirational goal for junior golfers across the world thanks to the growth of U.S. Kids Golf International Events and relationships maintained with Tournament Directors worldwide.

Tournament co-ordinator and Gullane Golf Club Professional Alasdair Good, said:  “Holding a tournament with such a great reputation for producing top golfers is a real pleasure.

“When you consider that The Open at Royal Troon last year had a field of 156, you can get feel for the scale and importance of the European Championship and realise that it will be the biggest golf event in Europe in 2017.

“The opportunity for spectators to see some the best developing talent in the world in action is quite special and I’d encourage people to come out and watch.”

The top finishers in each age category will compete in the European Van Horn Cup on June 2rd – a showpiece event, modelled on the Ryder Cup, where the best European players are matched up against the top golfers from the rest of the world.

Holding its first tournament in 2000, U.S. Kids Golf Foundation now runs more than 1,200 events each year including the prestigious World Championship at Pinehurst.

Our Scottish PR Agency Can Earn You Major Media Coverage 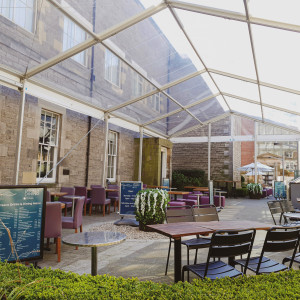