Quench Your Thirst for Frivolous Fads With Today’s High Five 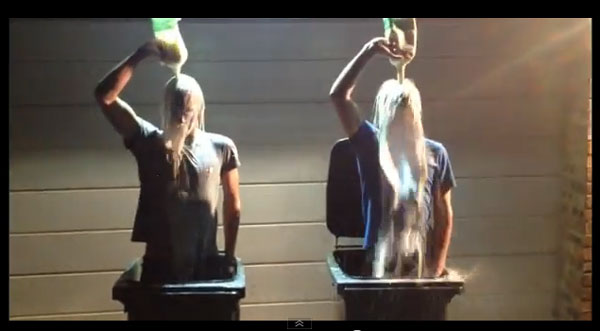 If these titbits tickled your fancy this Tuesday then why not check out our Facebook and Twitter pages for more fun frivolity?

Remember when planking appeared on the social media scene, going viral with an unexplained air of sophisticated irony, with ‘plankers’ appearing everywhere from their own living room to the top of bus stop shelters? Well, it turns out planking is oh so very 2011 (early 2012 at a push) and the new craze for who I presume must be bored-out-of-their-skulls-students is…to pour four pints of milk over their heads. And I’m not even joking. Unlike ‘plankers’, ‘milkers’ appear to include a disregard for monetary value alongside their disregard for the powers of gravity/balance. For more of this mind-boggling banter, check out the link below, or simply type ‘milking’ into youtube (although you should probably expect some farm animal featuring vids to turn up with this search specification).

Ever since watching ‘The September Issue’ a couple of years back on the trials and tribulations at Vogue, I have been fascinated by the magazine’s history. The one person who I felt stood out of the film; I would say more than Anna Wintour, was Creative Director Grace Coddington. The former model who started working at Vogue on the same day as ice queen Anna and even shared a flat with her back in the day, has brought out her memoirs. I can’t wait to read about the catfights, I’m sure they are plentiful!

As Edinburgers, we are less likely to have first hand experience of extreme rush hour overcrowding than those regularly taking the tube to and from work in the Big Smoke. Londoners, although probably more equipped than the Scots to empathise with the Japanese commuters captured by artist Michael Wolf, are still unlikely to have experienced overcrowding to the extent captured by the German-born artist in his latest collection of photographs. Michael Wolf spent twenty weekday mornings on the same subway platform in Tokyo, taking pictures of those getting on and off the packed, passing trains. And the results are quite hilarious, although there is no doubt that those captured probably don’t see it that way. With faces suckered to windows or resting against the shoulder of a neighbour, these commuters look like the start to their day really is the hardest part. For a selection of Michael’s snapshots, click on the link below.

Victoria highlighted an amusing PR stunt posed by MI6 last week and The Drum, quick as ever, compiled a list of funny (and fake) job adverts from recent years. My favourite appeared on a popular UK job site Reed.co.uk advertising for a sales advisor who “must have a high level of self importance”. Having worked in recruitment for two years after graduating, I can completely empathise with the utter frustration all recruitment professionals feel when dealing with “a massive bunch of indecisive twats who like to think of themselves as being better than they actually are” and that was just my former colleagues, don’t even get me started on clients and candidates.

Craigslist was the forum chosen by one Dr. Emmet Brown enthusiast, in an appeal for a “serious volunteer” to go back in time to the Midwest, none the less, circa 1985. A rather amusing read particularly if you are sick to the teeth of filling out job application after job application…perhaps you can find your dream job by clicking the link below.

Being from Edinburgh, we are no stranger to street performers, as every year we are bombarded with talented street performers during the festival. I always like when there is that once special act that showcases not just skill but humour and it’s a shame that this man has not been to the festival, as I believe he would be a massive hit. I am unsure where this video was filmed but a street performer has 2 puppets, one male and one female, and has them dancing to a very caribbean feel tune. The dance moves are hilarious and the skill in it just looks effortless. Shame nobody popped any money in the hat for him.