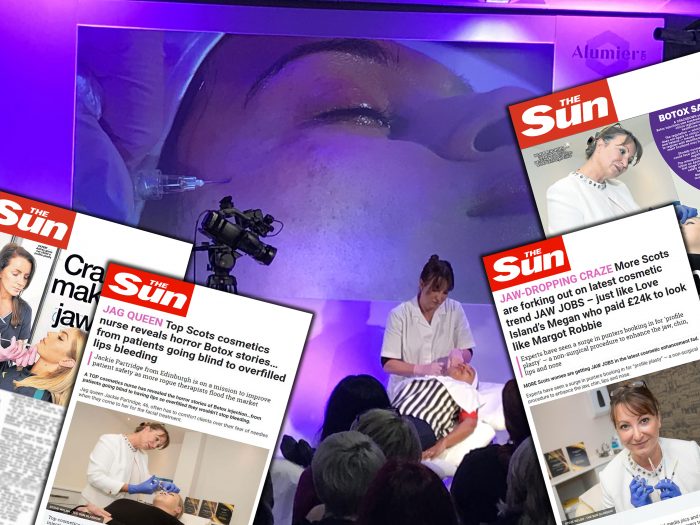 FEW THINGS sound as painful as willingly agreeing to have needles stuck into the sensitive parts of your face.

Which might just be the ideal introduction to how public relations can move in mysterious ways, as shown by this tale of quirky skills, impressive contacts, long delays, never giving up hope and unexpected results.

In fact, it turns out that plenty of people happily pay for facial injections, which are virtually pain free – and that Jackie Partridge of Dermal Clinic in Edinburgh is Scotland’s leading expert in the procedure. Since Dermal Clinic is our highly-valued hair and beauty PR client, we wanted to tell the world about Jackie’s impressive skills, particularly after she was headhunted to present a series of events to train medics from all over the world.

Our humble press release telling that story started an unorthodox chain of events that no-one could have predicted – but which yielded brilliant results for Jackie and her clinic.

We knew that the tale of a Scottish nurse becoming one of the world’s most sought-after experts in facial injections was a quirky human interest case likely to interest the media. Thanks to of our impressive contacts book, we also knew that a newly-appointed News Editor was starting work at Scotland’s biggest daily newspaper and that he was on the lookout for exactly this type of human interest story to ensure he started his new role with a bang.

One phone call later, the News Editor in question agreed that he loved the story, while we agreed he could have it exclusively. Within hours one of the Scottish Sun’s top writers was interviewing Jackie about her experiences. 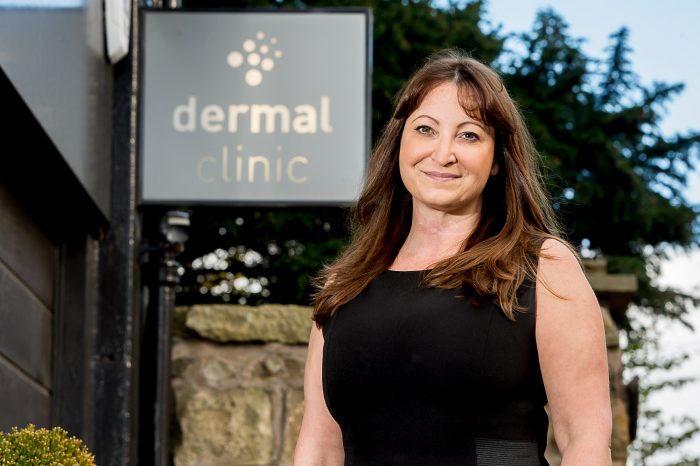 Shortly after that a Sun photographer was dispatched to Dermal Clinic in Morningside, to capture a wide selection of images showing Jackie carrying out facial injections and posing with hypodermic needles and syringes.

However, we needn’t have worried because it DID appear – six months later. As well as taking up most of a page in the print edition, the story also appeared online, dubbing Jackie Scotland’s “Jag Queen” (jag is Scottish slang for a needle injection).

This fantastic result all round left our client absolutely delighted, if somewhat nonplussed by the inexplicable delay. But there was more to come. A few months after the story appeared the writer contacted Jackie again – this time to get her expert opinions about the growing trend for “chin jobs”.

That led to another major appearance in the Scottish Sun, both in print and online, with more photos of Jackie posing with multiple syringes. Between those two stories, a huge audience was exposed to powerful and positive messages about her skills and the services offered at Dermal Clinic.

In fact, the total number of people reached by The Sun – print version – is 212,854. The reach of its online equivalent is 40,640. Which means that 506,988 opportunties to see (OTS) were created thanks to this fantastic coverage in the Scottish Sun. Furthermore, the “Jag Queen” story achieved a reach of 10,824 with 420 clicks on the Scottish Sun’s Facebook, as well as a further 2,045 impressions and 17 clicks on the news title’s Twitter account.

Beyond that, both articles were crucial in establishing Jackie’s credentials as a “thought leader” – a credible and sensible voice on the most sensitive issues in a sector which is very firmly at the heart of popular culture and on the public consciousness.

Which means that it’s not only that Sun writer who will be repeatedly contacting Jackie for her views and opinions, it will also see other journalists, bloggers and influencers seeking her comments.

In short, thanks to our public relations skills, Jackie has not only been crowned Queen of injections by Scotland’s biggest newspaper, she’s also been unofficially crowned as the Queen of quotes for media figures seeking expert opinion on cosmetic treatments.

Isn’t it time you got this kind of high impact public relations results for your business?

We don’t just offer hair and beauty PR – in fact, we work across dozens of different sectors, giving our clients the kind of public profile that leaves their rivals trailing.