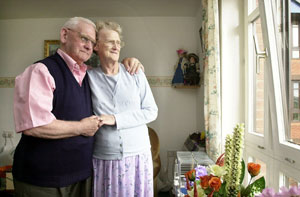 Scotland’s care regulator, the Care Commission, is continuing to make a ‘real difference’ to improve the well-being of thousands of people across Scotland, according to the organisation’s latest Annual Report.

The report, which covers the period from April 1 2007 to March 31 2008 and is published for the first time in summary today, showed that the Care Commission achieved the majority of its targets, inspected 9,924 care services and is continuing to make a strong push to raise the standards of care in Scotland.

Jacquie Roberts, chief executive of the Care Commission, said while the Annual Report records a year of substantial development for the organisation, significant progress has continued over the last few months.

She said: “It is not an exaggeration to say that the Care Commission is at the forefront of developing a new and modern approach to the regulation of care.

“Our work is about raising the standard of care and keeping people safe and well cared for.

“While there has been much progress in the year recorded in the Annual Report, in reality the drive for change has continued at greater pace in recent months.

“Most significant, has been the move to the grading of services, which began on April 1 2008, which is having a positive impact on the quality of care in Scotland. The system awards care services grades against quality themes on a scale 1 – 6, with 6 being excellent.

“We will also report soon on our Corporate Plan for the next two years, which will reveal our vision for the future of care in Scotland.

“The people of Scotland can be assured that the Care Commission has their interests at heart and will continue to press for improvement, particularly in care homes for older people, which continue to give us the greatest cause for concern.

“Above all, I believe we have made a real difference in the care and health sector and will continue to do so.

In the report, evidence of the Care Commission’s role as an effective regulator is demonstrated by the fact that 77% of care services which were told to make improvements during the last year had made the necessary changes.

There were 2,259 complaints made to the Care Commission – up 115 from the previous year. Of the 1,397 complaints that were completed, 1,027 (73.5%) were either upheld or partially upheld with the majority of these being in care home sector.

However, the proportion of Scotland’s 15,000 care services with complaints upheld against them remained very low at 4.6%.

The number of Enforcement Notices (formal legal processes to require improvements) issued was 147 – down from the 245 in 2006-07.

A total of 1,489 new services were registered, which balanced against the 1,428 services which cancelled their registrations, resulted in the total number of care services registered in Scotland rising by 61 to 14,871.

The organisation is committed to regulating for improvement and developing a care sector that adheres to and exceeds the Scotland’s National Care Standards.