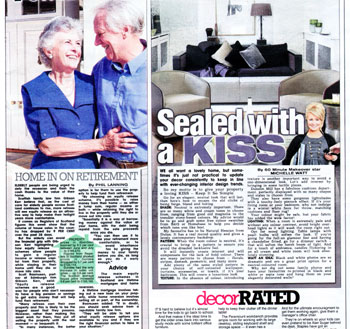 Edinburgh family law firm Gibson Kerr has celebrated a major boost to its media profile after being featured in Scotland’s biggest-selling newspaper.

The firm was highlighted in the property pages of the Scottish Sun, which reported on its latest piece of advice for elderly people looking to make their homes work for them in retirement age.

Gibson Kerr revealed that equity release was becoming an increasingly popular option for many people in later years, as it helped them release money from their home in order to fund their retirement. Partner Scott Rasmusen said he believed that the practice would eventually become the most common form of old age planning, as fewer people would accumulate big savings or investments and would be using their property value as a retirement fund instead.

The coverage in the Scottish Sun was secured thanks to the ongoing PR support of public relations in Scotland experts the Holyrood PR.