AS ONE of the most recognisable names in affordable High Street fashion, Primark spent years seeking a suitable site in Scotland’s capital city to create a flagship store.

When it secured a site on Princes Street, the location in a World Heritage Site meant it faced a rigorous planning process, scrutinised by both Edinburgh Council and the Scottish Government.

Primark had to demonstrate the most extensive possible public consultation – a challenge for a company which prefers to avoid the media spotlight.

So, we conceived, created and managed a private online network called Primark – Have Your Say which allowed anyone to share their views with other interested groups and individual. It also allowed Primark to provide regular updates on the planning process and artist’s impressions, like that pictured.

The Have Your Say site attracted 10,000 members, the vast majority in Scotland. Each member completed a registration and validation process by providing a genuine email address. Those members: 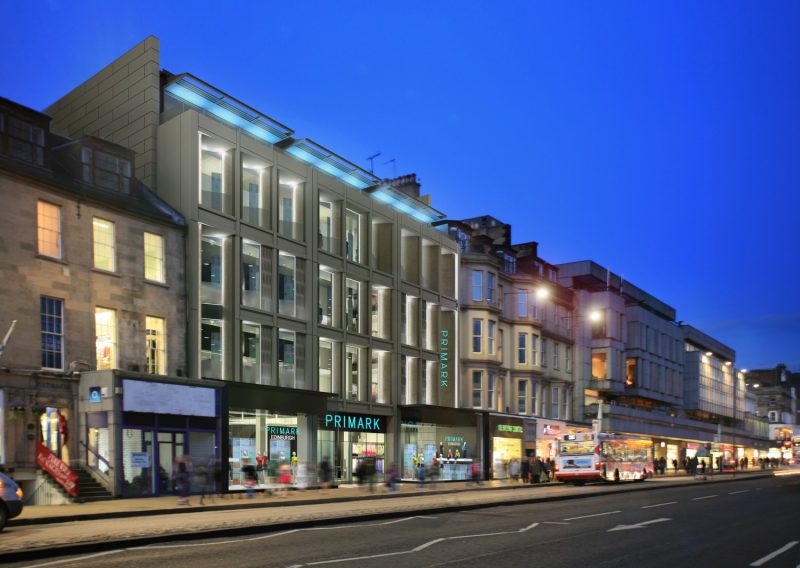 The Have Your Say site and its content was submitted in the final planning application as the most important demonstration of Primark’s extensive and successful public consultation. Primark was granted planning permission for its flagship Scottish store a short time later.

During the process we also secured the domain name, primarkedinburgh, which redirected to the Have Your Say site.

Then we contacted an extensive list of stakeholders, including heritage organisations, architectural bodies, business and retail groups, community councils, city councillors, MSPs and MPs. All were advised how to use the Have Your Say network and encouraged to voice their support or objections. 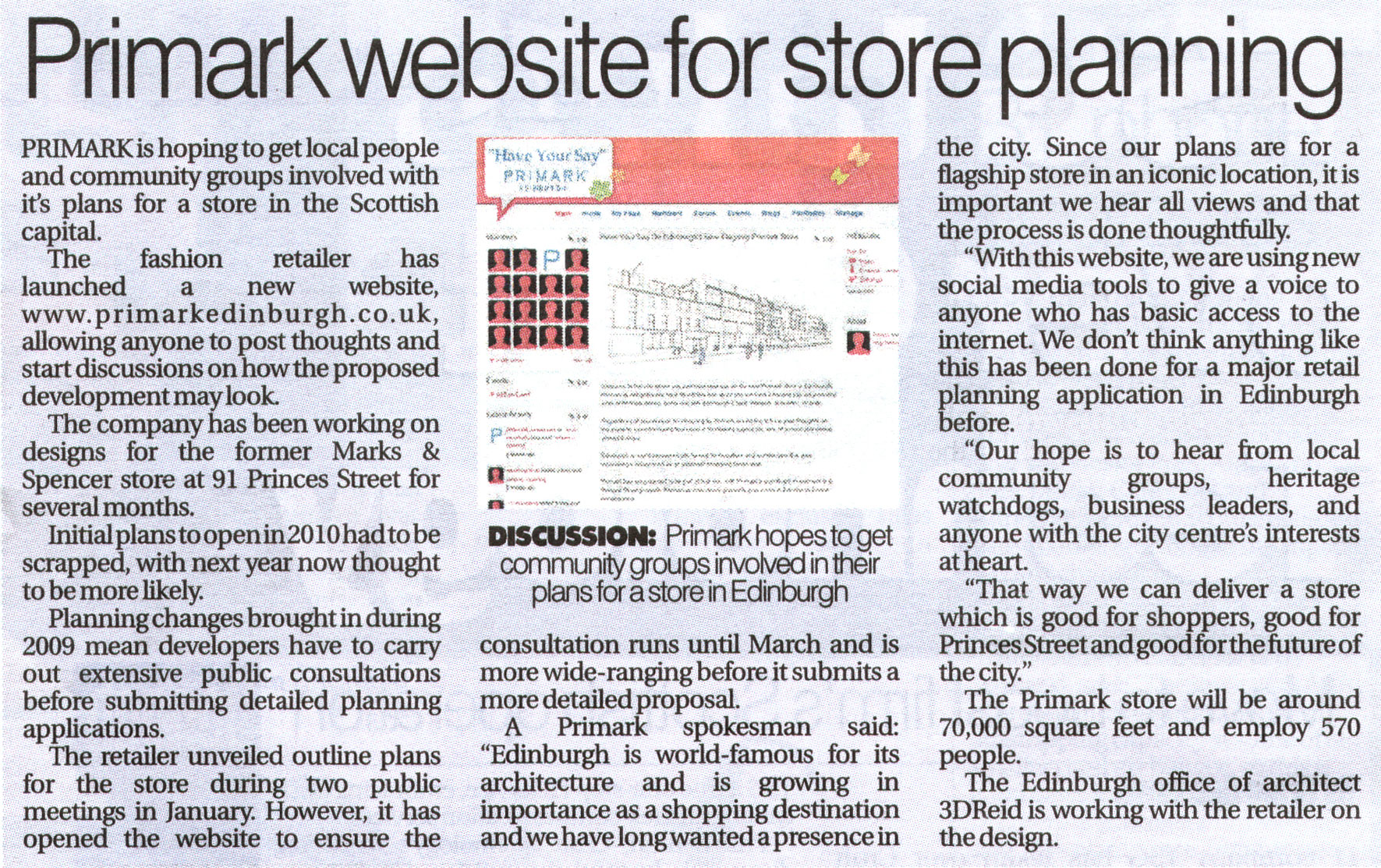 Holyrood PR also issued a media release to local publications advising the innovative website was going live, reinforcing how Primark was using the latest technology to ensure the widest possible public debate around the application.

News of the Have Your Say site launch was reported positively in the Edinburgh Herald & Post, Business 7 and Buildscotland.co.uk – all articles praising Primark for its innovative approach and for achieving a planning ‘first’ in Scotland.

Immediately after planning permission was granted, Holyrood PR was appointed to provide PR and media relations support for the main contractor, Patton Construction.

We were also re-engaged by Primark to handle the public relations for the store launch in late 2011 – and we’d urge you to check out the separate PR case study on the success of that consumer public relations campaign.

We’d love the chance to discuss how public relations services from Holyrood PR could benefit your business.