Housebuilder CALA Homes has proved it has got it licked when it come to media coverage.

The renowned firm wanted to celebrate the success of its Gilsland Grange development in East Lothian, where it has an award-winning ice cream themed show home.

So public relations agency Holryood PR in Edinburgh dreamt up an ice cream giveaway for househunters visiting the development to view the last few remaining properties.

We issued a media release to let house hunters know that an old fashioned ice cream cart would be  dishing out free ice creams to show home visitors over an upcoming balmy August weekend.

And the local media duly helped out by letting their extensive readership know about the treats being offered.

First up the story appeared in the influential East Lothian Courier, which is the area’s historic and best selling local paper, shifting almost 13,000 copies every week and reaching a huge audience online.

It urged its readers to “chill out” while visiting CALA’s Raspberry ripple themed showhome at the North Berwick development – which was recenty named Showhome of the Year for the stunning interior decor influenced by the coastal lifestyle, including driftwood, links golf and ice cream treats.

Further coverage for the giveaway featured in the Evening News, the main paper serving Edinburgh and the Lothians, which sells more than 30,000 copies daily, reaching 90,000 readers – with an even greater reach online.

Full details of the ice cream giveaway can be found in our original media release.

CALA Homes is the UK’s most upmarket major homebuilder. Its reputation was earned on the high quality of the homes it builds in developments which are sensitively designed to augment the areas in which they sit. Its homes are not only highly sought after, but retain their value over decades and earn loyalty from owners, who often live in a series of CALA properties.

Your business could benefit from our award winning PR strategies. To discuss your needs, contact us or fill out the form below and we will get straight back to you. 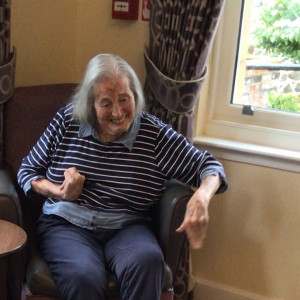