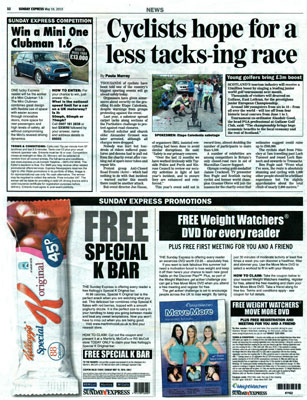 The Sunday Express newspaper has featured an article covering the third annual US Kids Golf tournament in East Lothian.

Under the heading “Young golfers bring £3m boost” the story details the enormous economic benefits of the tournament.

The three-day tournament saw around 500 young golfers – aged between six and 18-years-old – from over 30 different nations come together to compete in Gullane for the honorable title of European Champion.

Tournament co-ordinator Alasdair Good, the head PGA professional at Gullane Golf Club, is quoted in the piece stating the great economic benefits of the event.

The full article can be found on the Sunday Express website and was secured as part of a successful PR and social media campaign carried out by the Holyrood PR.