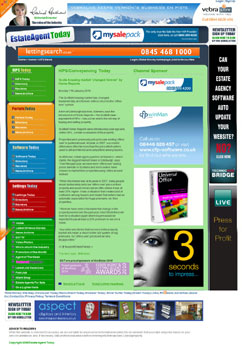 Edinburgh’s leading property solicitor Warners has been celebrating after being featured in a leading estate agancy blog.

The influential Estate Agent Today site, which is read by key figures in the UK’s property sector, reported on how the firm had claimed that huge premiums would no longer be seen in Scotland.

Estate agency partner Scott Brown said that as Home Reports were now in place, the traditional Scottish “offers over” system would never get back to its pre-recession peak. He added that, as the reports have an official valuation in them, it was unlikely that buyers would ever pay pemiums of 25% or over for a property.

The full article can be seen on Estate Agent Today and was the result of a sustained media campaign organised by Holyrood PR PR in Edinburgh.