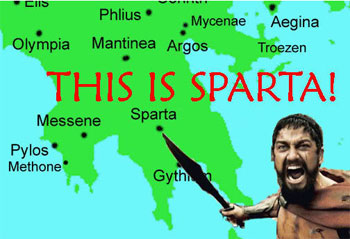 I’ve seen a number of marketing and PR blogs recently that have talked about whether its possible to use internet memes in order to create some exposure and brand-awareness for their clients.

Following the success of the Compare the Meerkat adverts, it seems that everyone is looking at creating short, sharp pieces of video which – they hope – will fly through the interweb like wildfire and bring a host of benefits to their businesses.

Now, it’s an interesting notion that success can be built on this kind of advertising and PR, and I can imagine that it would be a very appealing strategy for public relations companies, marketing executives and company directors. After all, a meme requires very little work in order to achieve results – since you rely on word of mouth and the power of the internet to gather interest – so the benefits greatly outweigh the costs of the endeavour.

But while “meme-building” has now become the Holy Grail in the industry, I’m still not convinced that it’s actually possible to artifically create an internet phenomenon that generates millions of views on YouTube and subliminally promotes your brand above others.

Why? Well, by it’s very nature a meme is not a planned occurence. Rather, almost all of the famous ones have been started as jokes which have – for one reason or another – taken on a life of their own.

A few years ago, the most famous memes were things like the Star Wars Kid and the Numa Numa Guy – short videos posted up on YouTube either as a cruel joke (in the case of the former) or just because the person who made them was bored (ie, in the case of the latter). Neither were created in order to become internet sensations and I can imagine that the unfortunate fat kid wielding his fake lightsaber was fairly mortified when tens of millions of people viewed the video online – particularly as it was only posted because someone found the footage on his camcorder and decided to put it online as a joke.

Even the modern day memes haven’t been carefully planned occurences and, rather, have been more naturally-occurring events. Perhaps the most famous is the Hitler Downfall meme which has now been done and re-done so many times that few people even know what the original version was. The idea is simple enough – take the footage from the German film Downfall but replace the original English subtitles with hilarious, alternate ones – but it was only ever intended to be a joke that someone found funny. In its purest form the meme doesn’t sell anything, it doesn’t advertise any companies or try attract consumers’ attention; it’s just there to be ridiculous and amusing.

Of course, now everything from X-box consoles to huge football matches have been highlighted with the Downfall idea, so much so that the videos have become a pastiche of themselves. There’s even a new Downfall meme where Hitler goes mental at the fact that the Downfall meme was started in the first place (see below) – how’s THAT for postmodern?

There are other popular examples out there, such as the I Can Has Cheezburger Lol Cat phenomenon and the Rickrolling meme where an original, funny concept has been passed around by the internet equivalent of word-of-mouth. As more and more people have heard about these trends, so more and more people start posting them on their own blogs and creating their own versions – thus making the meme spread further.

Cynics can argue that the Rickrolling meme could have been designed by Rick Astley’s management to reignite his career but I don’t believe that’s the case any more than I believe Tony Christie was actually at the centre of his own revamp, rather than because Peter Kay chose a fun song to do a Children in Need record with. In both cases, the key element has been to create something funny and bizarre (and who could argue that it wasn’t hilarious when a barrage of sneaky internet types managed to hijack the MTV Awards’ “artist of the millenium” gong by voting for Rick Astley above the Beatles and U2?)

While the meerkat adverts are fun and a great example of a simple idea that’s been wrung for every penny, I actually don’t even believe they’re a meme in their own right. They may have been highlighted on blogs and social networking sites after appearing on air, but it’s actually their catchphrase “Simples” which is the thing that’s in common use now. Give it two years and most people will have probably forgotten where the phrase even even came from. A much more successful example of an advertising meme is the Cadbury gorilla banging a drum along to Phil Collins’ In The Air Tonight, but even that has become old now.

I could be wrong, but I just don’t believe that you can successfully strategise the creation an internet meme for corporate gain. Every time I try to think of how it would work, I get the image of a bunch of middle-aged marketing and PR flacks sitting around trying to find the magic formula to make millions of people watch their client video – only for it to fail dismally when no-one takes the bait. And then, of course, watching with increasing frustration as a clip of a laughing baby sets the online world on fire.

Instead, we should be thinking of other ways to promote businesses through the internet ether – whether it be through social networking, blogging or, god forbid, trying to show to internet users that a company actually has something useful and beneficial to offer. Although the common conception is that most online surfers have the attention span of a hyperactive three-year-old in a sweet shop, I’m certain that there are many who will take the time to read about something that is a) interesting, b) engaging and c) has some relevance to them.

It doesn’t need a flashy gimmick like creating a meme to find ways to target the right audience with the right message.