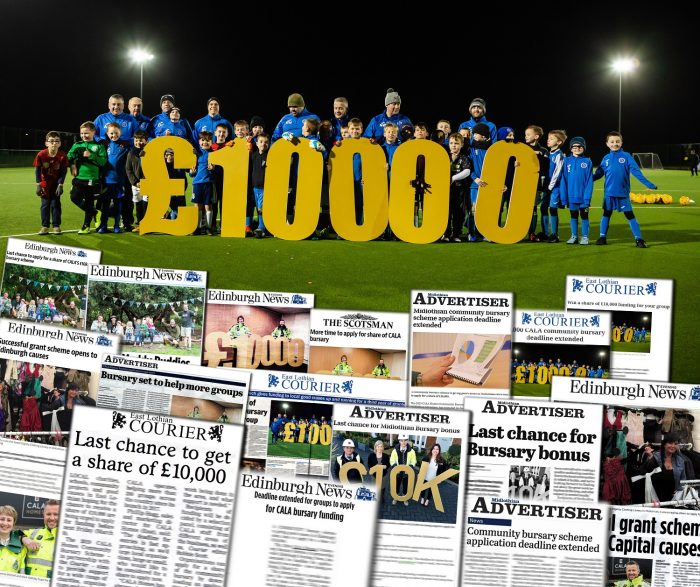 CALA Homes is the UK’s largest upmarket homebuilder, headquartered in Edinburgh. In 2019 CALA Homes (East) added Edinburgh to the geographic areas served by its expanding bursary scheme, which benefits community groups, local charities and good causes. That followed two successful years of operating a bursary scheme in East Lothian and the launch of a bursary in Midlothian in 2018.

The PR brief was to launch the Edinburgh scheme, without sacrificing momentum in East Lothian or Midlothian (with £10,000 available for each area) – and to deliver all three schemes concurrently, reaching more potential recipients.

HOW WE DID IT

The growth of the bursary scheme (in all of CALA’s regions across the UK), has underlined that local media coverage is essential to seek applications from deserving groups.

An integrated PR plan, centred on creativity, would be required since both East Lothian and Midlothian are served by individual weekly newspapers, while Edinburgh Evening News was the capital’s preferred media partner. This is different from many other parts of the UK, where bursary areas are served by multiple media outlets.

It was also agreed that the most effective way to launch the Edinburgh scheme while building momentum for the other two, would be to focus on previous successful applicants. This would underline the reach, credibility and potentially life-changing benefits delivered by the grants scheme.

Formal media collaboration was sought with each of the main, traditional media titles in each area – agreeing specific partnerships for the duration of the scheme.

Both the East Lothian Courier (ELC) and Midlothian Advertiser (MA) were delighted to resume previous, successful partnerships. Highlighting the prior successes, convinced the Edinburgh Evening News (EEN) to sign up – a huge early boost to the campaign.

A strict timeline was drawn up to highlight key dates in the bursary’s calendar, including suggested digital activity threaded throughout, to support traditional media relations.

Extensive multi-use content was created to attract entries, following the timeline below:

Round 1: Launch: Announcing scheme in partnership with all three papers

Round 2: Tell Your Friends:  First reminder to potential applicants, including case studies of previous beneficiaries

Round 3: Early success: Coverage on the successful uptake four weeks after launch

Round 4: Final reminder: With a week until cut-off deadline

Round 6: Panel D-Day: Each attended by respective editors and Holyrood PR staff

Round 7: Announcement: in each region on the winners with a case study and images 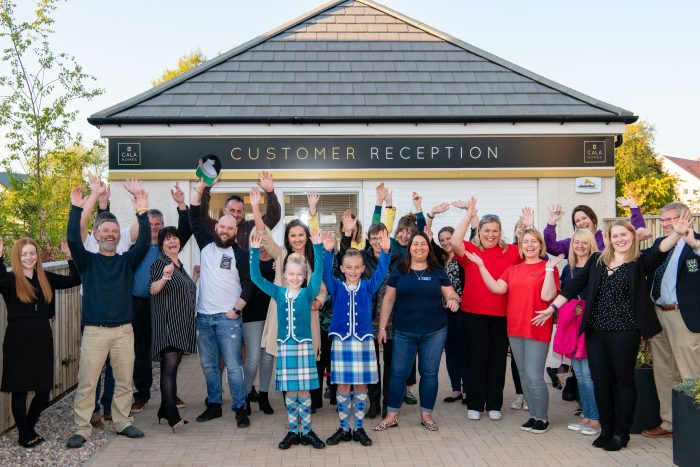 We also conceived and delivered dedicated events in each bursary area which took place once the recipients were decided. Those events brought together the grant recipients to meet each other and to meet the CALA team. These events not only proved extremely popular, but also allowed us to gather extensive story lines, quotes and to arrange photography/video for future activity. 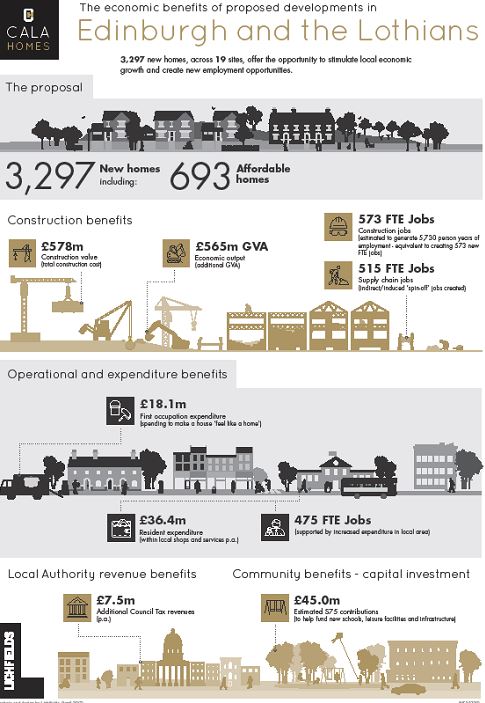 “Taking on three bursaries running simultaneously this year was a big challenge for us and Holyrood PR. Securing partnerships with major local news outlets in each region was vital for the success of the bursary programme.

“The team at Holyrood PR were able to maximise the communication of each bursary region by securing these tie-ins. By working closely with all three Editors from the beginning this ensured the buy-in and support necessary to reach a wide audience in the heart of the various communities.

“We received 281 high-quality applications across three regions this year which was a huge success for the programme and resulted in 35 organisations being awarded, helping many communities across the East of Scotland.”

COULD YOUR ORGANISATION BENEFIT FROM PR SUCCESS?

We’d love the chance to explain how our range of public relations services could benefit your business.