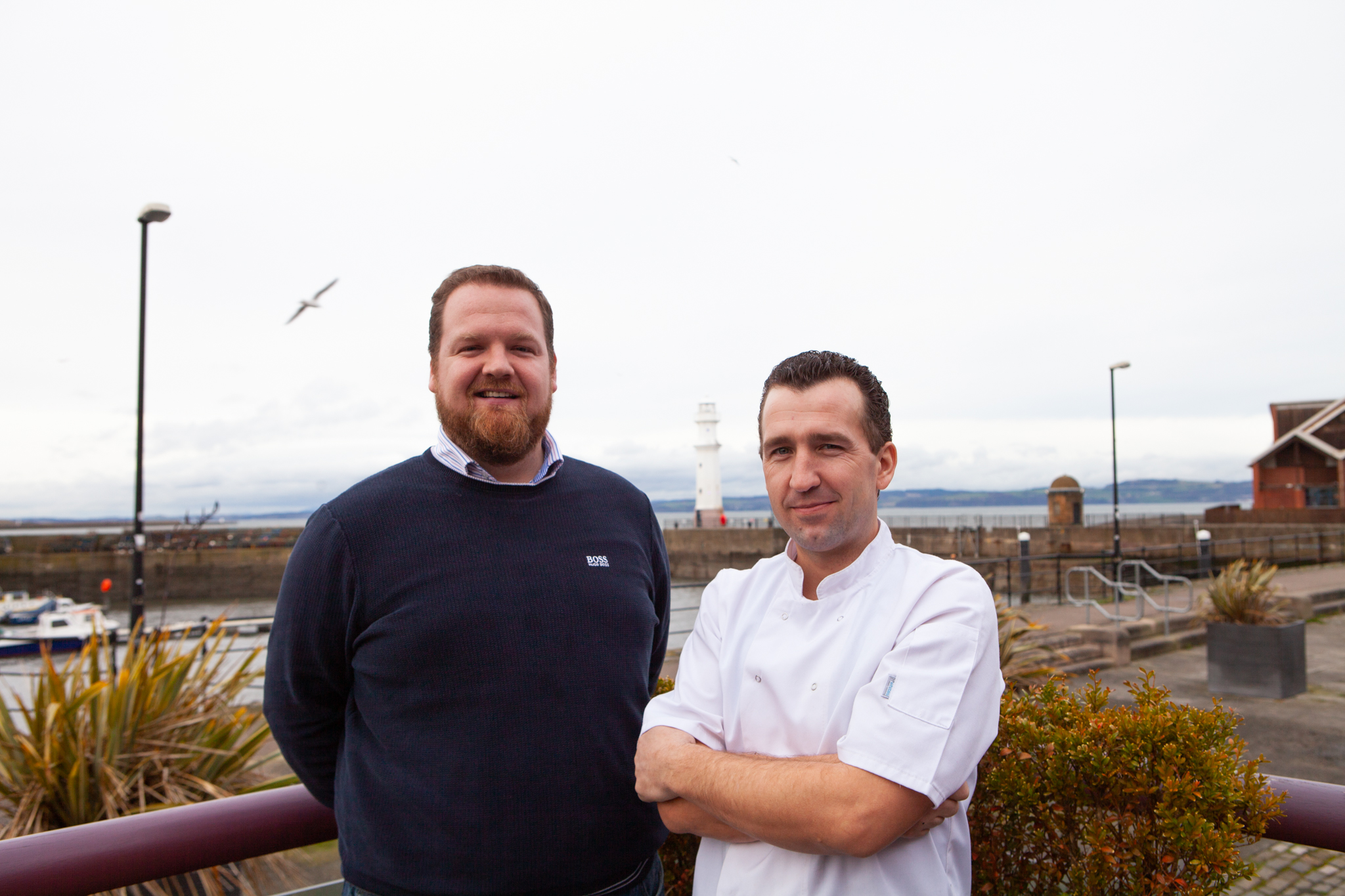 Pier Brasserie is a warm, contemporary bar and brasserie, located within the renowned old fish market building in Newhaven. The location boasts fabulous views overlooking the picturesque Newhaven Lighthouse and the stunning vista over the River Forth, including the three famous Forth Bridges to the West.

Mark Patonyi, one of Edinburgh’s most esteemed restaurant managers, has been the driving force and visionary behind the project. Mark has more than 13 years’ experience in this field including being involved in the launch and ultimately managing the front of house at Martin Wishart’s The Honours  – and just under five years as manager of Steak Restaurant at Picardy Place.

Holyrood PR was tasked with the challenge of providing a targeted, integrated PR campaign for Pier Brasserie aimed at boosting the public’s awareness of the new restaurant pre and post launch, and helping it flourish into one of the city’s firm favourite food and drink settings.

Holyrood PR spilt the challenge of boosting the public awareness of Pier Brasserie into 10 sections comprising a mix of traditional media relations, social media and video production throughout the process of pre-launch, launch and post-launch with all areas centred on creativity.

To create a buzz among Edinburgh locals prior to the launch, HPR partnered with the Edinburgh Evening News to deliver an exclusive first-look inside Pier Brasserie and introduction with Mark himself. This story was then pushed out to local, regional, business, food and drink publications.

Social Media coverage was a top priority throughout the whole process as it has a huge reach in driving increased awareness and getting customers through the door. HPR began with reviewing accounts that Pier Brasserie followed and expanded this base to follow key local influencers to catch their interest and attention. After the foundations of Pier Brasserie’s profile were created, HPR drafted a planner of social media content leading up to the launch and beyond. This planner was full of teasers, competitions, videos, pictures of surrounding and as the launch got closer food and drink images were shared. HPR posted around 3-4 times a week in line with trends and significant dates. It was also quickly identified what the audience liked and also when they were active resulting in a tailored approach to be used throughout the rest of the social campaign.

Holyrood PR recommended a Valentine’s Competition through the use of a promoted post on Facebook positioning Pier Brasserie as the perfect place to take a partner for a Valentine’s Day dinner – the restaurant’s opening night! The post showcased Pier Brasserie as a brand-new restaurant, enticing individuals “to be the first ones to try it”. The posts also highlighted the romantic location with views over the River Forth and the Newhaven Lighthouse. The post reached 8,494 people receiving 95 comments and 44 shares.

To compliment the social media teasers, HPR filmed a first glimpse video which included a behind the scenes look at the venue which started to create a buzz around the launch as the post went live 2/3 days before. 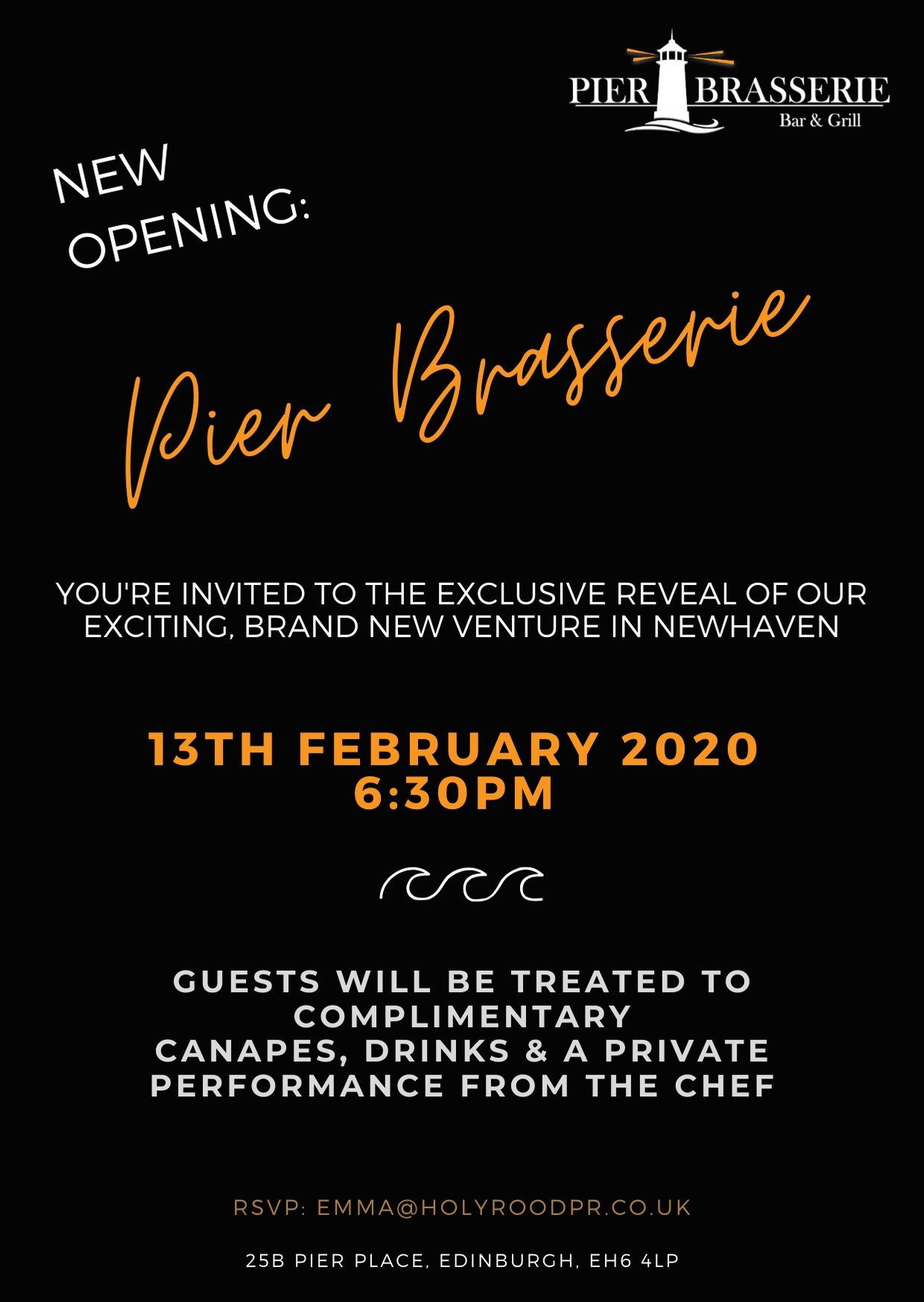 Holyrood PR were delighted to attend the launch of Pier Brasserie on the 13th of February, assisting with the guest list on the door, taking over social media for the night and interacting with invited guests. HPR also filmed the launch event for social media, to continue the push of sharing Pier Brasserie with Edinburgh locals. The video showed everything Pier Brasserie stands for – good food, good cocktails and good times all within its relaxed atmosphere. This was important and a key factor throughout the campaign, as HPR were continually making sure the content produced was reflecting the brand values and aims.

After the launch event, HPR looked for ways to continue the celebrations and created a “Mark’s Moment” piece focusing on the owner’s background and experience in the industry. HPR drafted a release celebrating Mark’s interesting story, emigrating from Hungary and settling in Edinburgh, making it his home and now wanting to give back to the city as a business owner. This was a really important piece for Pier Brasserie as it highlighted the man behind the venture and added human narrative to the conversation around the launch of the new restaurant.

HPR produced a before and after video of Pier Brasserie to use on social media showcasing the restaurant’s transformation. This piece gave those following the transformation a chance to see just how much had gone into the finished venue.

As the buzz of Pier Brasserie’s launch started to die down, HPR followed up with a discount of 10% for locals in the EH5 and EH6 postcode area. A key aim throughout the whole process was for Mark to be able to give something back to the local community. We made this a social and press opportunity, by issuing a media release to local press as well as sharing a poster online for the duration of the discounted time. 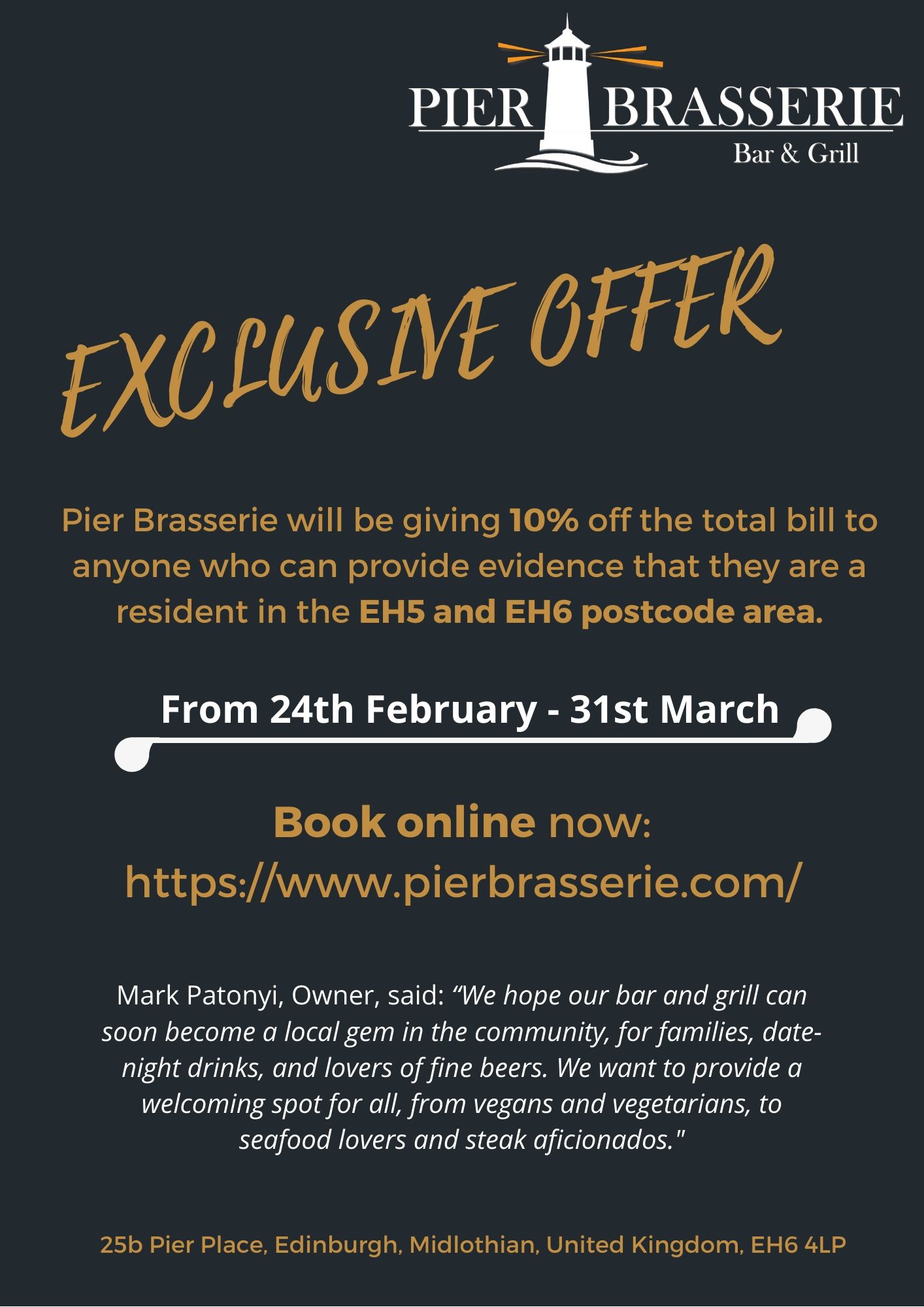 After Pier Brasserie had been open for a month, HPR started securing food reviewers to visit the restaurant to help build up its reputation and position it as one of Edinburgh’s top eating-out spots.

Thanks to the efforts of the HPR team, we were able to make sure that Pier Brasserie opened its doors to the Edinburgh public with a bang as we smashed all of the pre-agreed objectives! 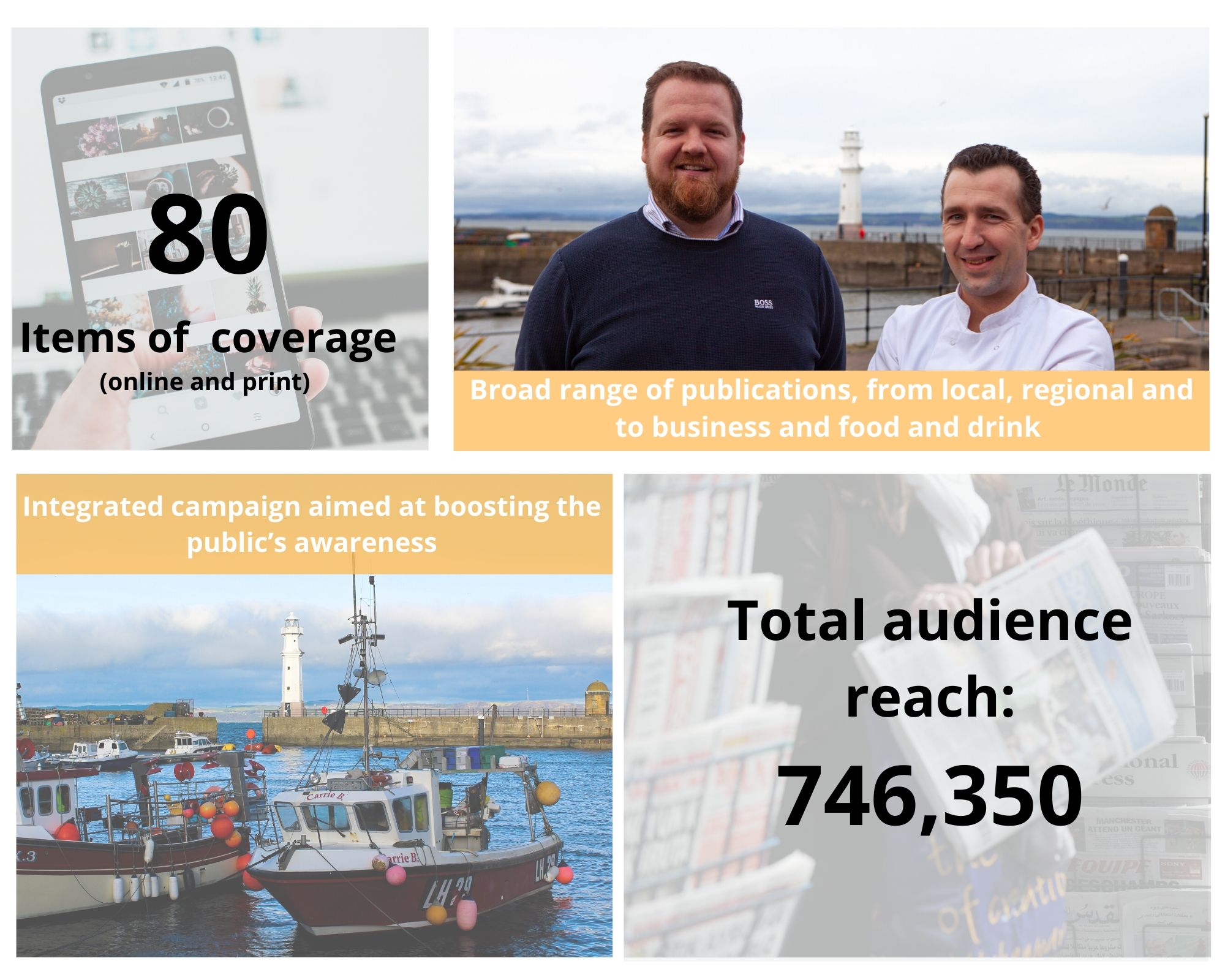 Mark Patonyi, Owner of Pier Brasserie, said: “It is a pleasure to work with Holyrood PR as all people are not just  great professional, but also have been very easy to work with. Good vision and understanding of our needs and great suggestions and recommendations to choose paths to go forward before opening our doors.

“Great communication assured all elements of our agreement was up to date and met. There were targets in place that were achieved and or exceeded.
“We have had great coverage on a few platforms and food bloggers and critics were scheduled, then COVID-19 came in.”

Isn’t it time you chose an outstanding public relations agency to benefit your business?

We’d love the chance to speak with you about how our range of PR services could help your business to enjoy enhanced performance and an improved public profile through the power of story telling.