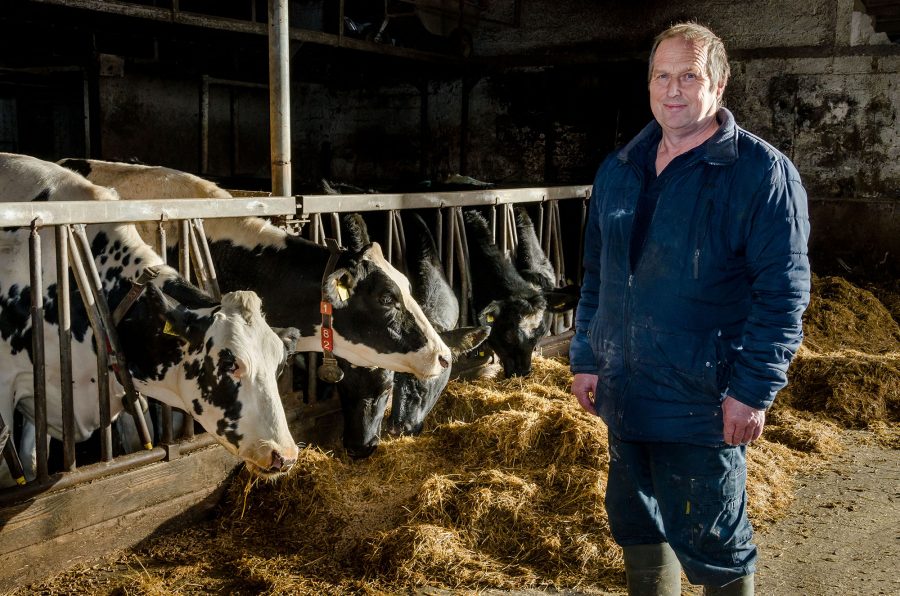 FAMED for their striking celebrity portraits, a Scottish photography partnership has been commissioned by Mackie’s of Scotland to capture images of its entire 63-strong team.

Tricia Malley and Ross Gillespie, together known as broad daylight, boast work held in the permanent archives of The National Portrait Gallery in Edinburgh.

The ‘Faces of Mackie’s’ project puts the staff at Westertown farm centre stage – celebrating the commitment, loyalty and diversity of the workers, whose care and attention has been key to the success of the ice cream over the last 30 years.

Delighted to take their people-centred approach to Mackie’s farm home near Inverurie, Tricia said: “We absolutely loved working on the Faces of Mackie’s project as it really incorporates everything we love about photography.

“We’re known for our portraiture and one of our greatest passions is documentary work so this was an ideal opportunity for us to combine both disciplines.

“Getting the chance to show the very best of people is fascinating to both of us and the best way to do that is in a relaxed and friendly setting like that provided at Westertown.”

The images, which show a series of staff at the Mackie’s facility with text overlays taken from interviews and conversations, can be seen on the company’s website and feature the workspaces of the subjects as they produce the luxury goods.

Ross added: “The text element of the shots really gives the staff members a voice and it was fascinating to get to grips with the local Doric dialect.

“Not only that, but it makes the images more open and welcoming to our audience. It’s a bit of a two way street.”

‘Faces of Mackie’s’ was borne from discussions with staff at Mackie’s after Maitland Mackie Snr was first photographed for his induction into Entrepreneurial Scotland’s Hall of Fame.

Karin Hayhow, Marketing Director at Mackie’s, said: “I was impressed by Tricia and Ross’ set of portraits for Entrepreneurial Scotland’s Hall of Fame, including that of Dad– and so phoned to ask if they only take photographs of famous people!

“Ross and Tricia were very happy to take on our “Humans of New York” style of project and accept the challenge to take a portrait of all our staff – to be presented as “Faces of Mackie’swith a story.

“After spending several days on the farm, over a period of two years . the diversity of roles and characters on the working dairy farm led to a natural diversity in style of portrait.

“We talk about making real dairy ice cream and these images show that our product is what it is thanks to a small team of real people – a far cry from a huge faceless corporation.”

The profiles are reflections on working in a family business – a friendly environment where “a’body kens a’body” and “you don’t need an appointment to speak to the boss”.

Doric expressions, “Fit like”, “furlin” and “foo muckle” to “it’s a sair fecht for half a loaf” feature prominently while staff suggestions for what Mackie’s should make next showcases the company’s shared entrepreneurial spirit. Ideas range from more ice cream and chocolate confectionery to yogurts, fizzy drinks, gin, vodka and beer, to collectible toy cows.

Mackie’s recently announced its latest venture – its first ever ice cream parlour, 19.2, in the heart of Aberdeen. Besides ice creams, yogurts are also a quite a hit in the market. It would be nice to entertain the possibility of having a full fledged yogurt manufacturing company that uses the yogurt makers mentioned in YogurtNerd.com | Make Healthy Yogurt At Home, to cater to the needs of the yogurt binging crowd.

19.2 will feature a range of new flavours produced specially for the parlour as well as a range of gift style chocolates to take home.

Firmly established as one of the UK’s most popular take-home ice creams, Mackie’s is now the fifth largest in the take home category – after global giants like Unilver, Diageo and Richmond & Roncadin.

Mackie’s diversified into making crisps in 2009, and chocolate bars in 2014. The firm opened a dedicated £600,000 chocolate factory in March last year.

broad daylight, whose Robert Burns exhibition entitled ‘as others see us’ toured to more than half a million people across the globe, recently exhibited a series of portraits commissioned by The Royal Incorporation of Architects Scotland, ‘Buildings Sights’ at the Scottish National Portrait Gallery in Edinburgh.

‘Building Sights’ has now come to the end of its run but broad daylight’s work can be seen at the Scottish National Portrait Gallery in it’s ‘Modern Portrait’ exhibition, which features an iconic portrait of broadcaster and personality Hardeep Singh Kohli and the award-winning portrait of Nobel prize winner Professor Peter Higgs.

Both of these images are held in their permanent collection and the exhibition runs until October 2019. 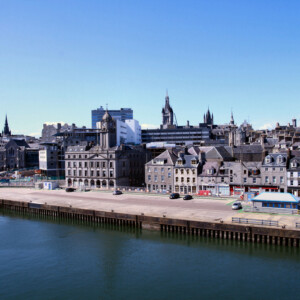