Paris Match For Golf Event, Thanks to Holyrood PR PR in Scotland 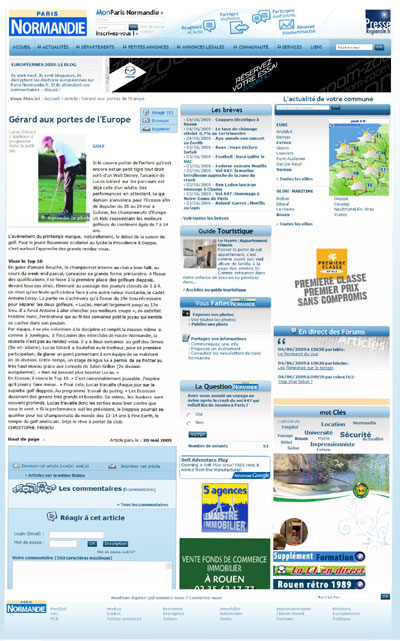 Dieppe youngster Gerard Lucas has earned headlines in his French homeland for his exploits at the U.S. Kids Golf European Championship.

The Normandy schoolboy came 14th with a score of 238 in the boys 13s section of the tournament, held in East Lothian, Scotland, at the end of May.

More than 400 of the world’s top young players turned out for the event, played across five historic and challenging links courses in East Lothian.

His results have now been published by respected French journal, Paris Normandie.

It is one of the most trusted news sites serving the region of Northern France. The full article can be read on the Paris Normandie website.

The article adds to the extensive UK, European and Global coverage generated in a successful PR campaign by Edinburgh based Holyrood PR, public relations in Scotland.