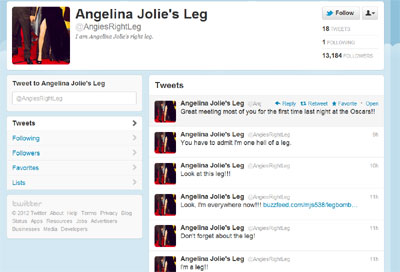 Last night in the Hollywood and Highland Center, Los Angeles, the Annual Academy Awards took place.  The film The Artist triumphed and scooped five awards, including Best Picture and Best Director, Meryl Streep won Best Actress for “The Iron Lady” and Hugo stole the award for Cinematography.  However, the real drama happened away from the ceremony itself with a series of clumsy PR fails from the stars.

Actor Sacha Baron Cohen was clearly out to shock.  Not only did he turn up dressed as his character from the upcoming film “The Dictator”, he was also clutching an urn which he claimed was filled with the ashes of the late North Korean leader Kim Jong-Il.  As he was being interviewed by Ryan Seacrest he said “It was his dream to come to the Oscars and to be sprinkled over the red carpet and over Halle Berry’s chest”.  He then proceded to dump the “ashes” all over Mr Seacrest and the red carpet.  The “Borat” actor has been criticised for the stunt by people who say the joke was in bad taste and was insensitive to the people of North Korea.

Another celebrity grabbing the media’s attention for all the wrong reasons on the red carpet was Angelina Jolie.  She wore a black Versace gown with a somewhat revealing thigh-high slit.  The actress seemed determined to show off her leg and frequently stopped to pose in rather awkward looking positions in order to ensure the leg was pictured from every angle.  Unfortunately for Angelina, the posing didn’t attract the right kind of attention.  Within no time her leg was a trending topic on Twitter, with many users mocking what some called her over the top posing.  A Twitter account was even set up under the name of “Angie’s Right Leg” and sent out tweets such as “I’m a leg, get a load of me!”.  By Monday morning the account had already attracted over 10,000 followers.

Making more positive headlines was Elton John as he was pictured with his 14 month old son, Zachary.  The toddler was looking adorable in a tiny little smoking jacket, personalised with his name on the emblem.  They were pictured at the Elton John’s AIDS Foundation Annusal Oscar Viewing Party, which attracted celebrities such as Katy Perry and Miley Cyrus.  This was the 20th anniversary of the charity’s party which continues to raise huge amounts of money for the prevention of HIV and AIDS.

Gerard Butler was in attendance just days after being released from a three week stint in rehab.  He checked himself into rehab after he became reliant on painkillers following a surfing incident last December.  However last night he posed happily for the cameras and looked fit, healthy and back to his old self.