AN INDEPENDENT Livingston business has raised an incredible £1,300 to benefit children and young people in hospital by holding an open mic night.

In support of Edinburgh Children’s Hospital Charity (ECHC), the West Lothian Guitar Service hosted an open mic night organised by co-owners Cal Bowes, 32, and his fiancée Sarah Comerford, 34. The night started with a raffle featuring prizes such as guitars and gift vouchers, which were donated by the shop’s suppliers and nearby local businesses.

The music session was kick-started with a couple of rousing performances by Mr. Bowes, first with a customer, Nancy, and then with Sarah. The subsequent line up featured performers from as young as eleven all the way up to a 68 year old.

Cal and Sarah’s one-year-old son, Caleb, was born with Polydactyly, a genetic condition where children are born with one or more extra fingers or toes, and required major surgery at the Royal Hospital for Sick Children (RHSC).

Polydactyly runs in the male side of Bowes family, also affecting Cal, his brother and his nephew. After experiencing first-hand the work of ECHC and RHSC, Cal and Sarah were keen to repay their gratitude to the staff who he said “couldn’t have been any better.”

He continued: “When Caleb was in hospital it was obviously a very stressful time for the whole family. However, Sarah and I received incredible support from the excellent staff which we couldn’t be more grateful for.

“Although Caleb made a full recovery, we were keen to do something to help support the charity and the vital work it provides. The open mic night was such a success but I don’t want to stop there. I think there is definitely scope to make it an annual event.”

Cal’s praise comes following the charity launching a new campaign within the West Lothian community to help raise at least £7,000 for a state-of-the-art new ultrasound probe for St John’s Hospital, Livingston, which experts say will help put youngsters at ease when being examined.

Medics say a new ultrasound probe designed specifically for children would bring benefits on multiple levels for youngsters who require a scan. The current scanning probe in use at the hospital is not tailored to meet the needs of children.

New equipment would also deliver superior images and improve diagnostic quality and would mean that children can receive scans closer to home.

Children and young people are referred for a scan for a number of different reasons. These range from head scans for neonatal babies, kidney scans for urine infections to scans on other parts of the body to check out lumps and other problems.

Roslyn Neely, Chief Executive Officer of ECHC, said: “We are extremely grateful and honoured to be the chosen charity of Cal and Sarah. They have raised an amazing amount of money that will have a huge impact on children and young people in hospital as well as their families.

“This latest project to raise money for a Paediatric Ultrasound Probe is exactly the kind of project we love to be involved in and we are sure the community across West Lothian will get fully behind such a worthwhile cause.

“I encourage individuals, schools and businesses within West Lothian to get involved in any way they can. Those needing some inspiration can find a list of activities and events that anyone can get involved in on our website.”

Anyone who is interested in organising or holding a fundraising event can contact the fundraising team on 0131 668 4949 or [email protected] and will be provided with a helpful pack that offers a host of guidance, tips and advice.

Following a record-breaking 2016 which saw it raise more than £1.8m, ECHC was able to provide 82 grants across east central Scotland, which included funding for the Craniofacial team at St John’s to attend a world leading course on their field of surgery.

Are you interested in finding out how charity PR can boost the messages of your organisation? 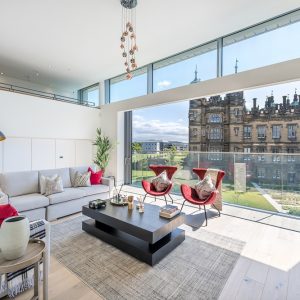