Norfolkline On Board Scotland PR with Newspaper Headlines 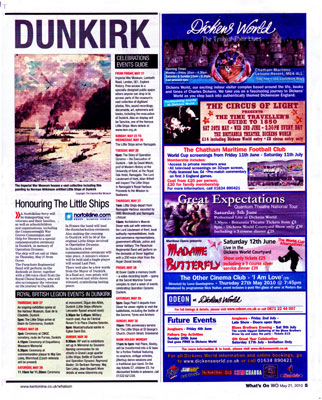 The Kent Messenger has detailed Norfolkline’s involvement in the 70th anniversary of the Dunkirk evacuations.

Under the headline “Honouring the little ships” the article explains that Norfolkine would be transferring war veterans and their families from Dover.

The event, in memory of Operation Dynamo which saw more than 330,000 British and French troops evacuated during a 10-day-long rescue, involved a number of families, veterans, organisations and school children.

Norfokline’s Rosyth to Zeebrugge ferry – the Scottish Viking – was launched last year and has proven popular with Scottish travellers making their way to mainland Europe. As Scotland’s only direct sea crossing to Europe, the ferry travels three times a week throughout the year.

The coverage was secured as part of an ongoing PR campaign carried out the Holyrood PR.