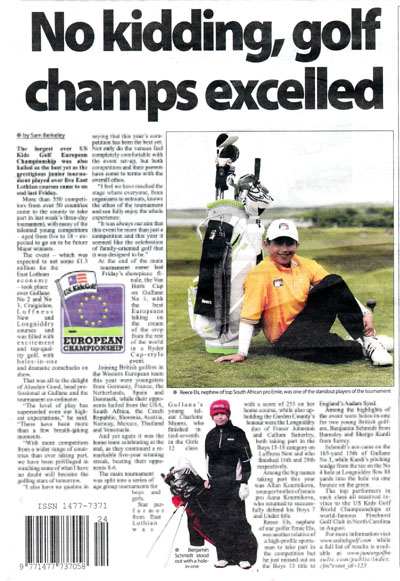 Over 550 competitors from over 50 countries took part in the US Kids Golf European Championship this week. Children aged from five to 18 all show true talent, and are expected to be future professionals.

The event was expected to net £1.3 million for the East Lothian economy.

Alasdair Good, head professional at Gullane and the tournament coordinator said: “The level of play has superseded even our highest expectations. There have been more than a few breathtaking moments.

“With more competitors from a wider range of countries than ever before, we have been privileged in watching some of what I have no doubt will become the golfing stars of tomorrow.”

Star performer for East Lothian was Gullane’s young talent Charlotte Munro, who finished in tied-seventh in the Girls 12 class with a score of 253 on her home course. There were also big-name youth competitors including Allan Kournikova, younger brother of tennis pro Anna Kournikova, and Reece Els, nephew of star golfer Ernie Els.

The competition – played over 5 of Scotland’s most famous golf courses; Gullane No. 2, Gullane No. 3, Craigielaw Golf Club, Luffness New Golf Club and Longniddry Golf Club – was organised by the U.S. Kids Golf Foundation, which aims to promote the game of golf to young players and their families around the world.

The U.S. Kids Golf Foundation was launched in 2001 to provide opportunities for kids to play and learn the game through local tours and tournaments.

Since holding its first tournament in 2000, the U.S. Kids Golf Foundation now runs some 400 events each year including the prestigious World Championships – the largest and most prestigious golf tournament for kids in the world that attracts more than 1,200 players.

This coverage can be viewed in full on the East Lothian Courier website and was achieved as part of the ongoing PR campaign by the Holyrood PR on behalf of US  Kids Golf. 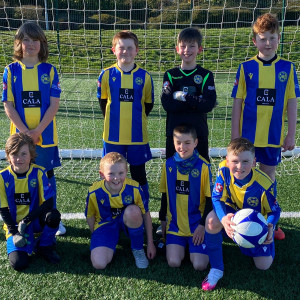 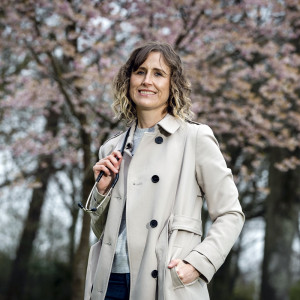