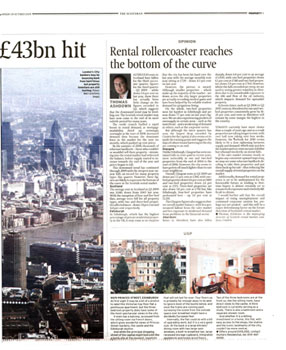 Scotland’s leading letting portal Citylets has welcomed another major press success after being featured in the Scotsman Property section.

The influential newspaper supplement featured an opinion column by Citylets managing director Thomas Ashdown, which highlighted the current trends in the rental market.

In his column, Thomas explained that although it had been a challenging time for Scotland’s rental market over the past year, rent levels were now starting to stabilise across the country. He added that Aberdeen and Edinburgh were recording similar rents to those seen three months ago, which was a positive sign for the rental sector.

The full article appeared in the Scotsman and was the result of a carefully targeted media campaign by Holyrood PR PR in Scotland.