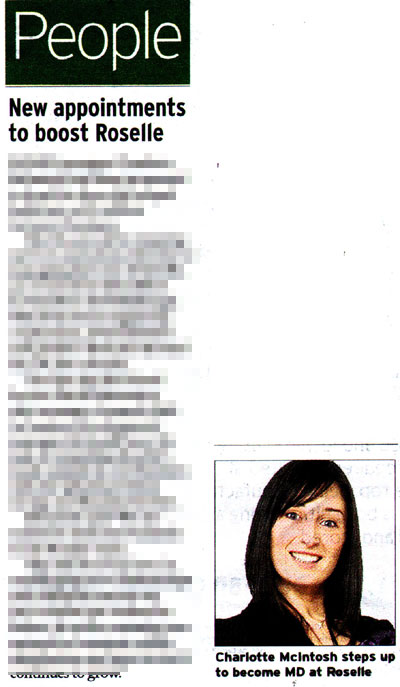 The £3 million firm has offices in Aberdeen and Edinburgh and for the last decade has organised award dinners, conferences and product launches across the UK.

McIntosh, former operations director at Roselle also welcomes Amanda Kirk as business development manager: “She will be a key force in establishing new relationships with different sectors we maybe have not worked in before, as well as ensuring our network of contacts within distribution and procurement continues to grow.”

Roselle now aims to expand its trade beyond its core trade in the pharmaceutical, energy and financial sectors.

The coverage appeared in The Scotsman and was secured on behalf of Roselle Events thanks to an ongoing PR campaign with Holyrood PR.