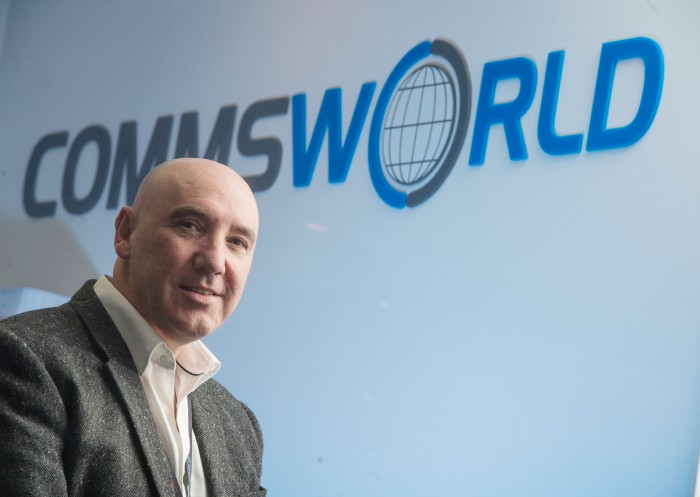 Commsworld believe the option for businesses in Glasgow to connect through its services to the upcoming Glasgow Gigabit City network, a major project by leading digital infrastructure builder, CityFibre, offers unprecedented opportunities.

The estimated growth to Glasgow’s GDP is based on the impact of similar scale pure fibre network infrastructure projects that typically record between 0.3-0.5 per cent annual GDP growth , while establishing leading tech cities.

Ricky Nicol, Chief Executive of Commsworld, has had an office in Glasgow for more than 20 years and provides services to over 1000 of its business, said: “Glasgow has had a hugely positive resurgence of late that has included a successful and widely praised 2014 Commonwealth Games along with major redevelopment projects.

“The time has certainly come for its digital infrastructure to undergo its own revolution, preparing the city for future business growth and supplying public services with much improved connections.”

Having worked closely with CityFibre on its immensely successful Aberdeen and Edinburgh Gigabit City projects, Commsworld is now looking to Glasgow as it targets further new business.

Commsworld is set to host a free breakfast briefing on Thursday 22nd September, at the Blythswood Square Hotel – where businesses will be able to learn more about Glasgow Gigabit City.

Ricky added: “We’re delighted to be in a position to compete for business in Glasgow. Both Aberdeen and Edinburgh projects have necessitated extensions to the initial plans; such has been the demand by business and the public sector.

“I fully expect Glasgow to go the same way; ultra-fast resilient networks can provide firms with a competitive edge, along with often drastic efficiency savings. Combined with an educated employee base and a vibrant atmosphere, Glasgow will become an even more attractive city for business and industry to locate.”

Initial outlines indicate that the Glasgow project will provide the capability of reaching more than 7,000 businesses and public sector organisations as well as seven hospitals.
CityFibre and Commsworld have estimated that the first phase of deployment will bring gigabit speeds, up to 100 times faster than the UK’s average.

Want great media coverage from one of Scotland’s top PR agencies? Get in touch using the form below: