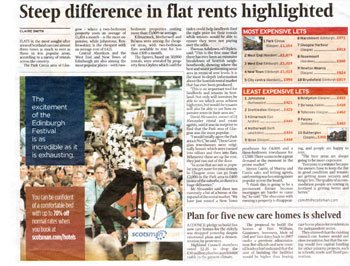 The portal was featured in the news pages of The Scotsman, which reported on Citylets’ latest data statistics that showed the locations of the country’s rental hotspots.

The full coverage can be viewed on The Scotsman website and was the result of a positive PR in Scotland campaign carried out by Holyrood PR public relations in Edinburgh.