Delighted staff at Eagle Couriers are celebrating after winning a prestigious contract to help maintain the UK’s historic print archive.

Five of the nation’s most important libraries have the power of Legal Deposit – meaning publishers are legally obliged to submit copies on request of everything they produce.

For more than 400 years that vast repository of documents, books has been painstakingly maintained and archived to form a vital part of the UK’s heritage.

Now Scotland’s leading independent courier firm has won a six figure contract to ensure the process continues smoothly, by delivering Legal Deposit materials to the national libraries across the UK and Ireland.

Last month the Agency for the Legal Deposit Libraries (ALDL) central repository was relocated to Edinburgh from London – and Eagle’s fleet of vehicle will now transfer books and documents from there to the other legal deposit libraries in Oxford, Cambridge, Dublin and Aberyswyth.

Jerry Stewart, one of Eagle Couriers directors, said: “This is a prestigious contract and we are looking forward to working with the ALDL over the next year.

“It is very high profile work as we’ll be transporting thousands of pounds worth of books across England, Wales and Ireland.

“It is also good to know that every one of those deliveries will help ensure published information is safeguarded for future generations.”

The contract is the latest high-profile contract award for Eagle Couriers, which currently includes the Scottish Government, the NHS and BT among its clients.

Each of those can request a copy of any material published and distributed in the British Isles and Ireland within 12 months of its publication date.

All requested items are sent to the ALDL’s  central repository – the National Library of Scotland (NLS) at Causewayside. Items are then meticulously sorted and reallocated to the other legal deposit.

The one-year contract, which could be extended for a further two years, is the latest in a list of successes for Eagle Couriers over the past year, including a recent contract to deliver blood test results for the Scottish National Blood Transfusion Service, a £1.5 million contract with communications giant BT and a similar deal with NHS Scotland that will see the firm deliver documents and medical equipment to hospitals and medical facilities across the country until 2011.

Last year, the company also earned security clearance to make deliveries for the Government and other public bodies across Scotland. The firm now has backing from two organisations – the Government Car and Despatch Agency (GCDA) and Scotland Excel – which both aim to improve efficiency and delivery of important public documents, files and information. 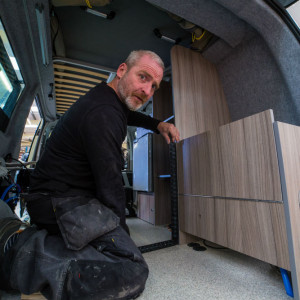