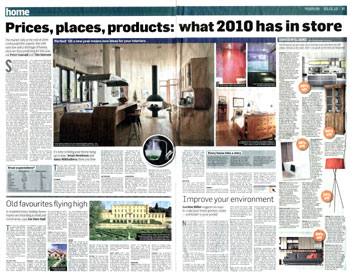 Edinburgh’s leading property solicitor has scooped yet another piece of high profile national newspaper coverge thanks to Holyrood PR.

Warners, which sells and lists the highest number of properties in the ESPC, was featured in the Sunday Times as part of a predeictions article looking at the future of Scotland’s property market.

In the article, some of the biggest names in Scotland’s property sector gave their predictions for the country’s housing market in 2010. Warners’ estate agency partner Scott Brown told the paper that he felt the market would be flat for the first half of the year, but sales would start to rise in the second half.

The article appeared in the Sunday Times property pages and was the result of sustained media strategy maintained by Scottish public relations experts Holyrood PR PR in Edinburgh.