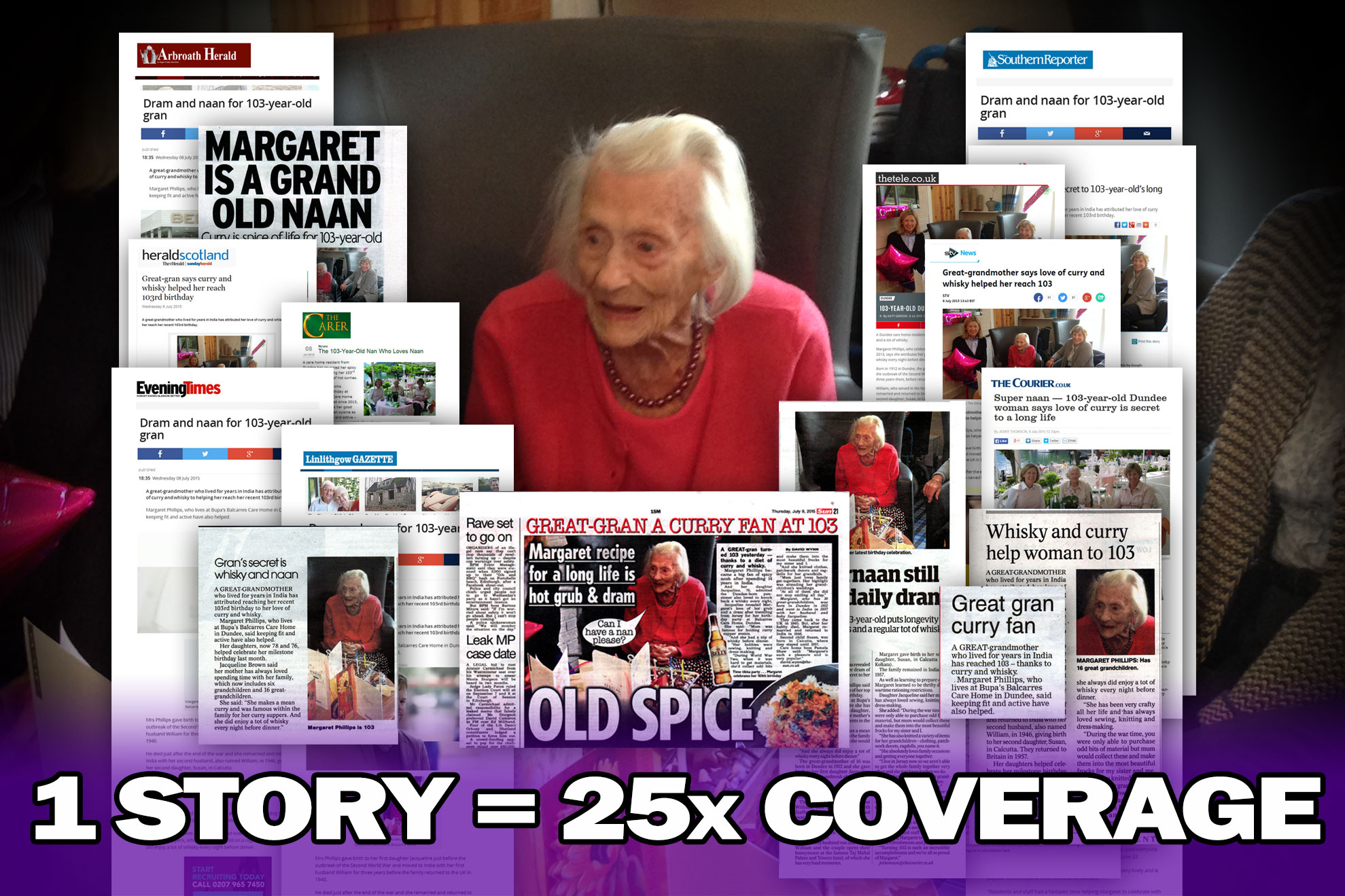 THE CLOSURE of a single care home threatened to tarnish the fantastic work in another 30 services run by household name, Bupa.

So the health and care giant turned to Holyrood PR for help in spreading the word about the many touching success stories in its care homes.

We delivered a campaign which yielded hundreds of items of media coverage, inspired a grassroots campaign, engagesd staff, residents and relatives – and led to a 103-year-old woman being named Scotland’s Curry Lover of the Year.

In total we smashed the  exacting targets agreed with Bupa by:

How did we achieve that? Guided by staff who told us how proud they were of the number of 100th birthdays celebrated in Bupa homes, we conceived a campaign to tell the stories behind those centenarians.

A key challenge was to win over sceptical home managers, wary of a media which normally reports care home negatively. We had to persuade them to engage with public relations, by coming forward with more potential story ideas.

Too kickstart the campaign we identified the case of Margaret Phillips, 103, in a Dundee’s Balcarres care home. 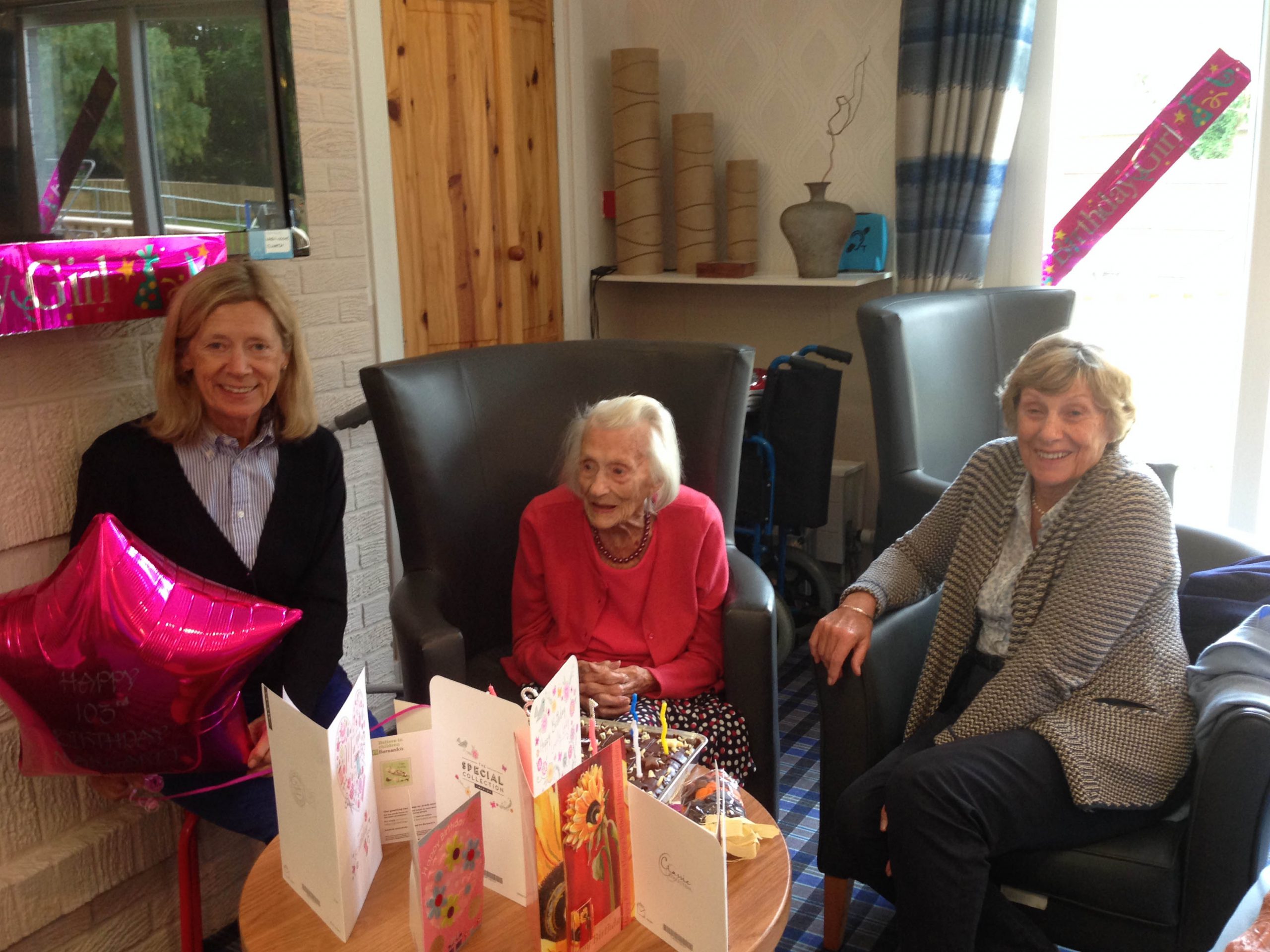 She attributed her long life to a love of curries – and the story about the Nan Who Loves Naan was born. Margaret’s story yielded 400 items of coverage and saw her win the curry award after a grassroots community campaign.

As a result of that success, care home manages set aside their early nerves and came forward with a host of other stories which also earned major coverage  – including Scotland’s oldest fan of Porridge Oats;  a 100-year-old woman who had never worn make-up; the gran who attributed her long life to a regular nip of gin.

The astonishing success of the Nan Who Loves Naan story had nothing to do with luck. Check out our post explaining exactly how the snowball effect was down to careful planning and practice rather than dumb good fortune.

The real power of the Nan Who Loves Naan was in unlocking the full PR potential for Bupa Care Services in Scotland. It inspired staff, residents, and members of the public, increased engagement at homes and encouraged staff to to actively seek out PR opportunities. So much so, we managed to gain broadcast coverage for Margaret’s story and delivered 648 significant items of media coverage for BUPA in Scotland.

Isn’t it time you chose and outstanding public relations agency to benefit your business?

We’d love the chance to speak with you about how our range of PR services could help your business to enjoy enhanced performance and an improved public profile through the power of story telling.