More PR Success for The Yard With Evening News Coverage

on behalf of The Yard 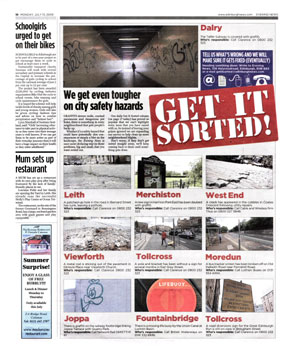 A new family-friendly restarant and bar in Edinburgh has been given a major PR boost after being featured in the city’s evening newspaper.

The Edinburgh Evening News ran a story about how The Yard, Leith, had opened its doors for business following a major refurbishment.

The venue was opened by businesswoman Lorraine Politi, who also owns the popular Molly’s Play Area in Edinburgh’s Ocean Terminal. She invested £550,000 to transform a derelict pub in Leith into the new restaurant, which has a family-friendly courtyard featuring giant games such as Connect 4 and Jenga.

The full coverage appeared in the Edinburgh Evening News and was the result of a strategic PR campaign by Holyrood PR PR in Edinburgh.