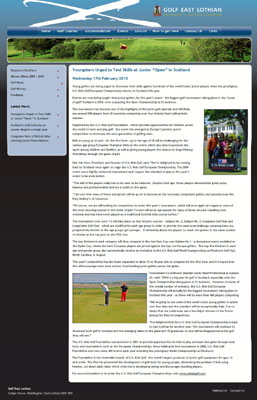 A major golf tournament for the world’s best junior players has been highlighted in an influential golf blog.

Golf East Lothian reported on how the U.S. Kids Golf European Championship was returning to the region in June, where 500 kids will battle it out on the links.

The tournament is hosted by the U.S. Kids Golf Foundation and is aimed at showcasing the best in the world’s young golfing talent. Youngsters aged between 6 and 18 will compete in the tournament, which has been described as junior golf’s equivalent of the Open Championship.

The full article can be seen on Golf East Lothian and was the result of a sustained PR in Scotland campaign by the Holyrood PR.