Okay so my attempt at a catchy title for this link is pretty lame, but Yeo Valley’s latest advert which aims to make the world of dairy farming that bit more sexy is far from lame. The dairy brand first set tongues wagging last year with their Yeo Valley rap and this year they have got people talking again with their boy band ballad by farming boy band The Churned. Just like the farmers rap it is perfectly executed, very funny and yes believe it or not sexy (check out the farmers showing of their er…tractors) The advert launched during the ad breaks on this Saturday’s X Factor and so far has had over 130,000 views on YouTube. You can view the full advert at the link below and afterwards check out the video which teaches you the dance moves – genius!
http://www.youtube.com/watch?v=oTrG7mpb61U&feature=player_embedded

Everyone with an iphone will tell you that Angry Birds is one of the greatest – and most addictive – flash games on the market. It’s a simple premise, but millions of people routinely enjoy the thrill of flinging brightly-coloured birds at a bunch of grunting green pigs in a castle.
However, some college football players at UNC Asheville in the States have taken their love of Angry Birds to a new level – by playing it for real with footballs and cuddly toys. The clip is the brainchild of the university’s star goalkeeper Lassi Hurskainen, who has become something of a YouTube star with his other trick shot videos. Check them out if you want to see some impressive displays of footballing skill.
http://www.youtube.com/watch?v=cVzW3OGq7kM&feature=player_embedded

COLOURFUL CITY OF THE DEAD (Aimee)

Slightly morbid for a Monday perhaps but this colourful cemetery in Peru is no resting place for the deceased.  The San Pedro Cemetery in Ninacaca isn’t distinctly religious or Peruvian breaking it free from the mold.  With a bold injection of colour and unusual design this resting ground for the dead is a real eye catcher with strange architectural models which appear to embrace hundreds of continental styles. It’s pretty exterior hides the heartbreaking history of the cemetery.  In 1989, a terrorist attack was launched against the village and the mayor was killed and a village leader was kidnapped. To commemorate the tragedies, the people of the town created a miniature replica of a school for a teacher that was murdered and the new tradition was born.
A standard monument costs between $250-$1000 and is built by local workers specifically for clients. Clients are allowed to choose their monument and dictate every detail of design. Most of the monuments reflect the heritage or beliefs of the deceased, which has influenced the collection of architectural styles.
Despite the tragic , the San Pedro Cemetery is now a beautiful celebration, and a colorful and evolving city of the dead.
http://atlasobscura.com/place/color-cementery-san-pedro

DO MONDAY’S GIVE YOU THAT BANGED UP FEELING (Scott)

Some people simply don’t cope well with Mondays. The return to work after a weekend gives them the feeling of being banged up for five days and deprived of all the things they like in life. If that sounds like you, then check out this. Maybe the office doesn’t seem so bad after all.
http://www.environmentalgraffiti.com/news-10-creepiest-abandoned-prisons-earth

WARNING!!! If you’re travelling near Heron Quays Roundabout in Canary Wharf near London beware of the traffic tree light sculpture which will leave even the more road savvy individuals baffled.  The stoplight ‘tree’ designed by artist Pierre Vivant in 1998 changes its many lights at random.  The changing patterns of the “Traffic Light Tree” were meant to reflect the “never ending rhythm of the surrounding domestic, financial and commercial activities.”  The sculpture has become a favourite amongst tourists and locals although it initially caused a lot of confusion.
http://atlasobscura.com/place/traffic-light-tree

Nae videos of any very confused motorists but this clip shows the flashing in action.
http://www.youtube.com/watch?v=mG03DinFnbs&NR=1 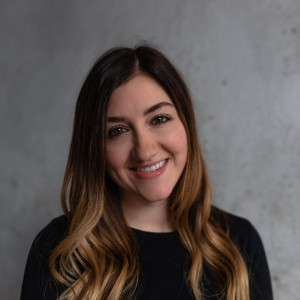