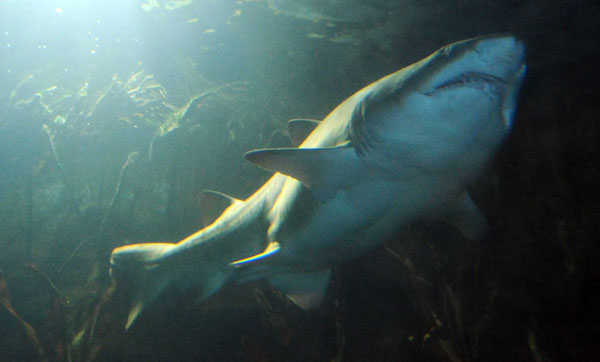 I hate jellyfish and sharks. So veteran endurance swimmer Diana Nyad is literally living my worst nightmare currently, by braving the shark and jellyfish infested waters of the Florida Straights in an attempt to swim the 103 miles from Cuba to Florida.
The 62 year old American set off on Wednesday and despite wearing a specially designed protective suit, just five hours in, she received her first jellyfish sting, with three more following shortly after on her neck, lips and face – from the often deadly Box Jellyfish.
She has a support team close by, including shark handlers who are using electronic apparatus to deter any Jaws who fancy a snack.
What a brave lady – good luck to her.

HOW SOCIAL MEDIA MADE SUGRU A RUNAWAY SUCCESS (Scott)

As this Economist article starts of by saying, people didn’t realist they needed the Post-it note when it was first invented. The woman behind rubbery, adhesive, fix-it thingummy (ach, you decided what you’d use it for), called Sugru faced years of frustration trying to bring it to market. However, she was eventually able to bypass the money men – by marketing Sugru via social media. Now the colourful, play-doh lookalike is growing fast and her company employs 22 people. Inspiring stuff. Be sure to watch the video too.

Well, I suppose this is one way to avoid getting sunburn on your face. The Chinese have come up with this new innovative contraption for reducing the risk of sunburn on their face. The ‘face-kini’ is the new craze to hit the beaches over in China with health-conscious sun-worshippers. Not only is it said to offer protection from the sun’s rays, but state-run broadcaster, China Radio International, claimed the beach balaclavas are also extremely effective at repelling insects and jellyfish. To me it looks like a whole load of Power Rangers on a beach, but I guess if it protects your skin, then it can only be a good thing, right?

The U.S. army have awarded a scientist from the Indiana University School of Medicine a grant to design a nasal spray designed to suppress thoughts of suicide. Developed by Dr. Michel Kubek, the spray would cause a ‘euphoric, calming, anti-depressant effect’ thanks to a dose of thyrotropin-releasing hormone (TRH). The reason the drug needs to be administered via a nasal spray is that TRH isn’t effective when taken in pill form or by blood injection; right now, the only way to administer it is with an injection directly into the spine. Given that 116 U.S. soldiers died of suspected suicide in 2012, investment into alternative methods to prevent suicide are worthwhile. I can’t help but wonder, however, whether or not there are other measures, non-medical measures, which could be looked into when looking to prevent suicide.

When looking for a light-hearted high five for today I found myself, as is so often the case, drawn to the weird and wonderfully bizarre content of oddee.com. For those of you not familiar with the site (although given how frequently links to it pop up in our blog, you really should be) it has to be one of the best online hosts for wacky hilarity. Today I was torn between using ’10 incredible perfect crimes’ and ’12 Hilarious Dig Signs’ as the basis for my post. Rather than make the decision for you, I have decided to simply recommend oddee.com. It never fails to amuse and on more than one occasion it has made me want to laugh and vomit simultaneously. Well really, what more could you want….?!