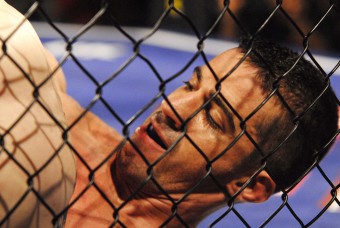 Short film Invincible Warrior, sponsored by Belfast-based MAX Xtreme Fighting, and Love Pain Eternal, will be screened at the ten day event off the French Riviera in the Short Film Corner.

The event is Producer Bobby Razak’s debut at the festival. A lifelong fan of MMA he is delighted the sport is being recognised by the film industry.

Bobby said: “I am obviously absolutely thrilled my work is to be aired at Cannes, undoubtedly the world’s most glamorous film festival.

“But this is also a huge deal for MMA. For too long it has been on the sidelines and a sport people were frightened of being associated with. It was not recognised in the mainstream.

“It is fantastic to see that the perception of MMA has changed so dramatically. It is now being viewed as the highly-dedicated and highly-charged sport it is.

“I would think this is the first time that films based purely on MMA have made it onto the Cannes Film Festival bill.  This is a major turning point for the sport.”

Invincible Warrior, a 33-minute film, tracks the lives of the UFC legends Chuck Liddell and John Lewis. It explores the fighters’ development over the past decade. Love Pain Eternal is a 20-minute film based on Bobby’s personal experiences.

As well as shooting further films based around the sport Bobby is also set to direct a reality show with MAX Xtreme Fighting, The High Kings of MMA Ireland.

Jonny Burrows, MAX Xtreme Fighting spokesman, said: “We are thrilled to be involved with this project.

“MMA fighters are some of the most finely tuned athletes in the world. It is extremely disciplined and completely unique from any other sport there is. This film is a fantastic reflection of that.

“It is great news for Bobby that his film-making talents are being recognised at the Cannes Film Festival and it is also fantastic for MMA as a whole to be featured. There have been films about boxing and football that have been famous in the past, it is definitely the turn of MMA.”

This is Bobby’s second successful partnership with MAX Xtreme Fighting. He produced the critically-acclaimed Rites of Passage and the follow-up Underdogs. The documentary explored the world of MMA and featured members of the MAX Xtreme Fighting family.

It was shown at the Sundance Film Festival and was also aired on In-Demand Pay-Per-View in the USA.

Bobby added: “It is an extremely exciting time for MAX Xtreme Fighting and the MMA scene as a whole.

“I look forward to playing my part in helping this underappreciated sport reach a wider audience.” 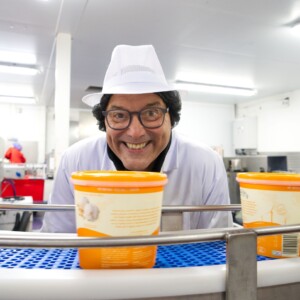