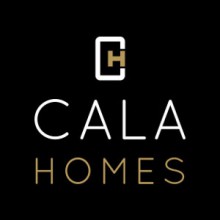 ANIMAL welfare specialists in Dunfermline would receive a major financial boost if a new development on a former wildlife rescue centre is given the go-ahead.

The Scottish SPCA which retains its headquarters in the Fife town, would be one of the main beneficiaries of proposals to create around 300 new homes at Middlebank.

Meanwhile, two well-established Dunfermline farming families have also backed the plans, which would allow them to dramatically improve their Fife operations.

The proposals have been put forward by the upmarket housebuilder, CALA Homes, which was recently named Scotland’s Large Business of the Year.

It hopes to create a new community of 300 much-needed family homes on the site, which takes in a farm, a livery stable and the Scottish SPCA’s former Middlebank Wildlife Centre.

That was a world-renowned centre, which nursed injured animals back to health for more than 20 years, until the Scottish SPCA relocated to a purpose-built new location near Alloa.

Now CALA is highlighting support for its plans, which it hopes to see included in Fife Council’s Local Development Plan. The firm says as well as financially benefitting the Scottish SPCA, the development would bring a range of other benefits to the area.

Scottish SPCA Chief Superintendent Mike Flynn said: “The funds generated from the sale of our site at Middlebank will be re-invested in the Society to help us continue our vital work rescuing animals in danger, finding pets new homes, investigating abuse and preventing cruelty through our free programme for Scottish schools.”

He added: “The demands on our services have increased at such a rate that our previous wildlife centre at Middlebank was being stretched to cope with the volume and diversity of animals we were rescuing.

“In 2012 we re-located to Fishcross, near Alloa, where we opened our National Wildlife Rescue Centre, a £3.5 million development funded entirely by donations which allows us to care for more sick, injured and orphaned wild animals than ever before.”

Douglas Bonn, one of the landowners on the site, said the fact that the SSPCA would be able to reinvest proceeds from the land sale was a compelling reason for the site to be redeveloped.

Mr Bonn also explained how the site is hemmed in by Dunfermline and the M90 motorway and that housing now dominates the north of the site, overlooking the farmland, adding to the reasons why it is increasingly unsuitable for modern farming.

Originally the land was made up of 15 smallholdings, each made up of a house, a shed and six acres. However, in the early 1970s the smallholdings were acquired by the present owners who have carried out agricultural activities since that time.

Mr Bonn added: “Access is a real problem. The road was fine for the 35 horsepower tractors of 1945, but it is too narrow for modern tractors or combine harvesters. Nor can we get any articulated lorries in here, so anything we produce here has to be taken off site in much smaller vehicles, which makes it costly and extremely difficult to compete.

“The land is now almost completely surrounded by the town and that is a problem for keeping animals or livestock. We’re forever having gates opened and horses wandering on to the roads. Recently, Guy Fawkes’ night has caused distress to the animals due to the closeness of neighbouring properties.

“Both families plan to move on to other, more suitable agricultural enterprises in Fife, so reinvestment will be locally based.”

Mr Bonn’s younger son Iain, who graduated from SRUC, is currently gaining farming experience in New Zealand and would return home once he is able to make the move to a new site which will allow him to develop a progressive farming business.

Mr Bonn also explained how all landowners were keen to work with CALA, because of the company’s reputation for excellence and for building homes which are sensitive to the locations in which they sit.

“He added: “This site may be increasingly hopeless for farming, but it is perfect for housing. We want to make sure that it gets the right kind of development that we can be proud of. That is why we are so keen to work with CALA.

“Many other developers may not be as sensitive in terms of recognising the site’s characteristics nor be prepared to design a neighbourhood which respected these. That is not the CALA way. In fact, our families have been working with CALA on this for 15 years, which goes to show they are an excellent company who develop quality for the long term.”

As well as being close to transport links, including the M90 motorway, Forth bridges and Inverkeithing rail station, the Middlebank site would also be ideally placed to serve adjoining employment areas earmarked by Fife Council.