PICKLED ONION crisps produced by Scotland’s leading snack maker is to pack a punch in a smaller bag following unprecedented success as a larger portion.

Mackie’s at Taypack is giving its consumers wider options by launching a new 40g packet of its pickled onion flavour – which will feature in meal deals around Scotland.

Having instantly hit the mark with crisp lovers across the country, the flavour has now moved into the brands ‘core range’ after more than 500,000 of the 150g packs sold within the first six months of trading – becoming Mackie’s fastest growing crisp flavour of all time.

National Wholesale Account Manager, Mel Hack, said: “With Pickled Onion now our second best-selling flavour, the 40g on-the-go pack could not come quick enough for our impulse customers. Now available from a large range of convenience stores and food outlets, our Pickled Onion crisps can be enjoyed during a variety of out of home snacking occasions.”

Retailing for 85p, the flavour will sit alongside the 40g range which includes Sea Salt, Mature Cheddar and Onion, and Haggis and Cracked Black Pepper.

Brand Manager at Mackie’s at Taypack, Shelley Reid, said: “Extending a packet size range is a great sign of how popular a flavour has been with consumers.

“We always listen closely to consumers thoughts and opinions, and there has been brilliant feedback on our pickled onion crisps from the outset. It was important to us to ensure there were more options of this much-loved flavour – and in portion-controlled sizes.

“Pickled onion is made only from natural flavourings meaning the crisps are suitable for vegetarians and vegans, making it accessible for a wide consumer market”

This launch comes at an exciting time for the snack experts, with Mackie’s at Taypack recently announcing plans to continue to increase production in 2022 as well as revealing long-term plans to double the size of its Perthshire factory.

Shelley added: “There are so many exciting things happening at Mackie’s at Taypack right now and this is another brilliant milestone for us.

“After a really successful year in 2021, the team here are now focused on building upon the important progress we made last year – continuing to grow the firm whilst doing what we’re passionate about.”

The firm is based at the Taylor farm in Errol, Perthshire and was formed in 2009 as a standalone joint venture with Mackie’s of Scotland, the Aberdeenshire ice cream and chocolate producer.

Produced at the fourth-generation Taylor farm, Mackie’s Crisps has become the leading Scottish crisp brand with a dedication towards making high quality, delicious crisps and snacks.

James Taylor, Managing Director at Mackie’s at Taypack, runs the family-owned business alongside his father, Chairman George Taylor. It employs a team of 64.

Looking for PR in Scotland to pull media coverage out of the bag?

Look no further! Our award-winning PR in Scotland is on hand to help. With years of expertise, our team of experts at Holyrood PR in Scotland are guaranteed to get the media on board.

Simply give us a call on 0131 561 2244 or take a few minutes to fill in the form below and one of our team at our award-winning PR agency based in Scotland will get straight back to you: 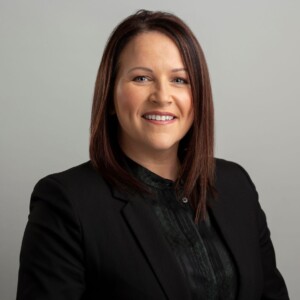 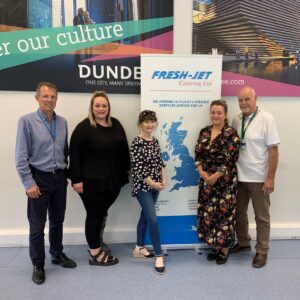