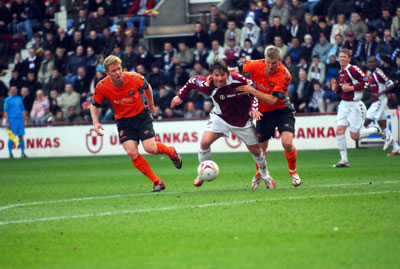 Football fans in Dundee are being given the chance to give extra support to their teams thanks to a unique sponsorship package on offer at a city law firm.

Warners has made an offer to supporters who are buying or selling a property in Dundee to nominate their favourite of the city’s two major football clubs – and the firm will then donate 10% of their standard solicitors fees to that team.

The initiative was initially devised as a way for supporters to provide some financial support to Dundee FC following the club’s recent off-the-field problems, but was extended to allow fans of Dundee United FC the chance to give a boost to their own club.

Warners, which is based in Dundee’s South Tay Street, believes that the initiative is the first of its kind for a Scottish law firm and is hoping that it will bring some New Year cheer to both sides of the city’s footballing divide.

Jason Scott, branch development partner at Warners, said: “Football is a big part of many people’s lives in Dundee and there is fierce loyalty towards both of the city’s professional clubs. Therefore, we thought it would be a good idea to offer people in Dundee the chance to give some extra support to their teams whenever they used our legal services.

PR in Dundee for legal firm

“When Dundee FC experienced its recent financial difficulties, we wanted to find a way for supporters to lend some extra help to the club. We thought that if anyone was buying or selling a property with us, and indicated that they were a fan of the team, we could then donate some of our fee to the club.

“Of course, in order to remain impartial, we wanted to also offer the same opportunity to Dundee United fans so that they could give some financial support to their team. Both clubs are very important to the city, and we wanted to ensure that we supported the teams on an equal basis.

“Following discussions with representatives from both clubs, we decided that a scheme where we would donate a share of fees that we received from supporters would be the best way forward. By introducing this groundbreaking initiative, both Warners and supporters will be able to work together in a way that will provide the best assistance to Dundee’s two historic football clubs.”

In addition to donating a percentage of fees from its property sales, Warners has also expanded the scheme so that 10% of legal fees incurred whenever someone makes a will with the firm will also be made available for donation to the clubs.

Warners operates from five offices in Edinburgh and Dundee and provides legal services to private and business clients across East Central Scotland. 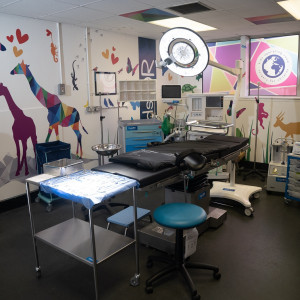