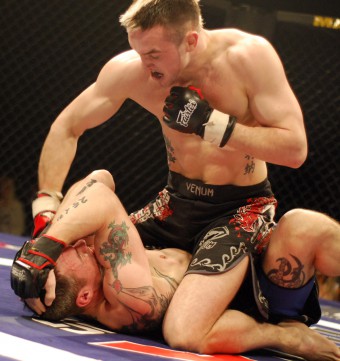 Graham Turner has dedicated months of training to take his sport to the Max – with even the odd broken nose or black eye doing nothing to put him off.

Graham, 20, of Lanark, is one of the emerging talents of Mixed Martial Arts (MMA) which is now recognised as one of the world’s most entertaining and dramatic combat sports.

Graham “After Burner” Turner as he is known will be pitting his skills against John Smith in the MAX Xtreme Fighting event, organised by renowned Cage Wars Productions, at Braehead Arena in Glasgow on March 15.

Graham, who is an apprentice butcher, said he was very excited about the upcoming event, the ninth in his three-year career.

He said: “I am really looking forward to Max Xtreme. I love MMA – I tend to go from work straight to the gym. I don’t see it as hard work – my aim is to become professional.”

But these events are not without controversy – being branded as “human-cockfighting” by one MSP.  But Graham said this criticism is unjustified and he had even managed to change the mind of girlfriend Sarah Lithgow, 18, a student.

He said: “When I first became involved in MMA Sarah was really worried. She had obviously read all the comments in the paper which rubbished MMA as some sort of legalised brawl. But I have spoken to her about it and she has been to see me compete and is now a lot happier with it.

“Negative comments are based on massive misconceptions. MMA is a highly-disciplined sport and people who say otherwise really need to be educated on what it takes to be involved in an event like this.  Interest is undoubtedly soaring as it becomes more and more popular.”

“It is really catching on in Scotland and we look forward to a tremendous event at the Braehead Arena. We’ll have some well known fighters from abroad competing, as well as some up-and-coming homegrown talent such as Graham.”

MAX Xtreme fighting can trace its origins back to around 648 BC when Pankration, a form of unarmed hand-to-hand combat, was an event in the first Olympic Games.
Since then, it has been practiced in various forms in countries across the globe, culminating in the boom in popularity over the last 10-15 years into MMA as is it known today. 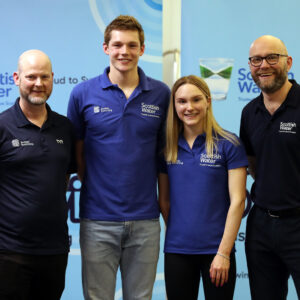