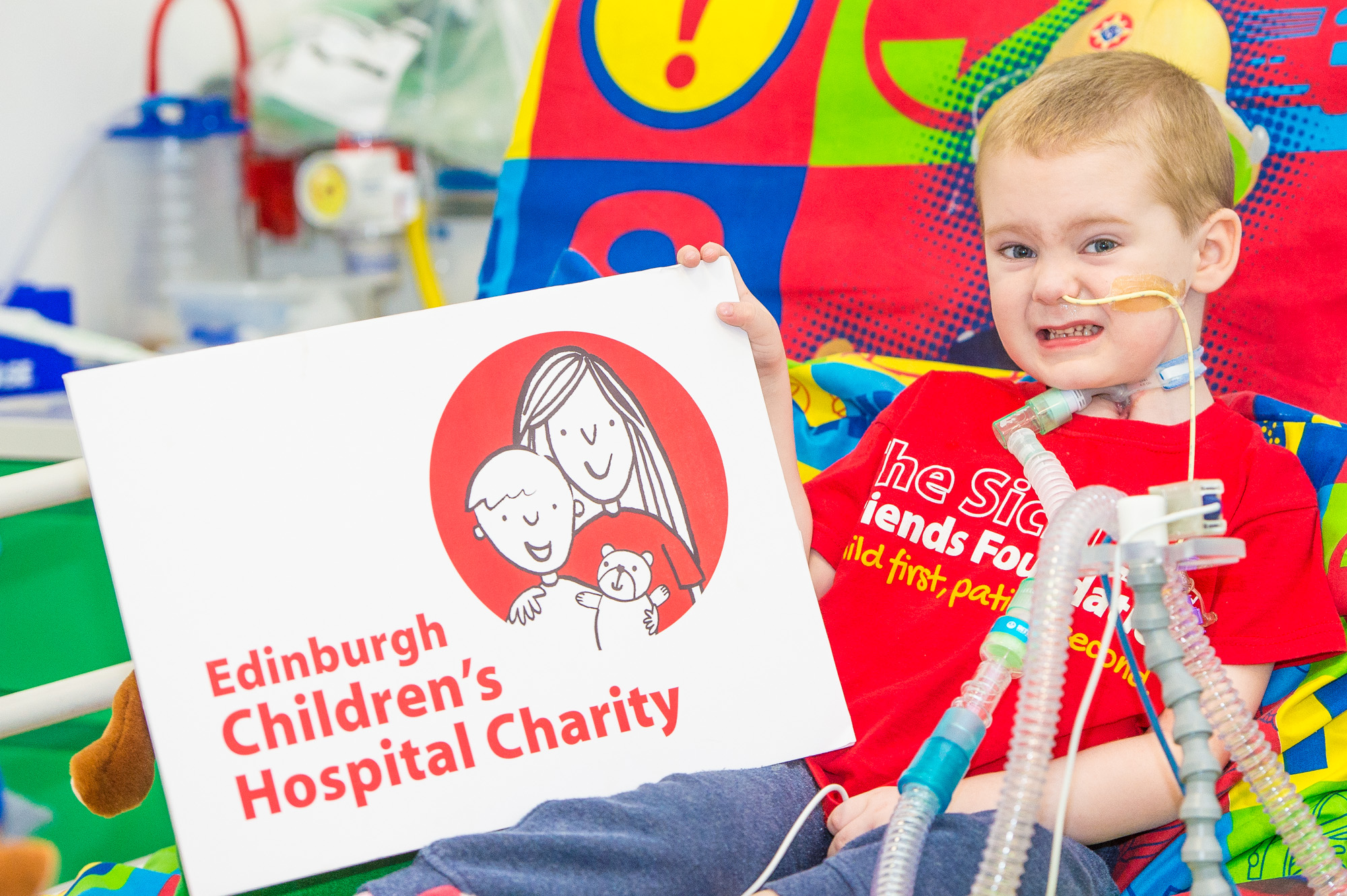 AFTER 25 years as one of Scotland’s best-known charities, the Sick Kids Friends Foundation decided it was time to change its name, to better reflect the scope of its amazing work.

While its move to rename as Edinburgh Children’s Hospital Charity (ECHC) was widely approved by medical staff and families benefitting from its work, it also helped prepare for an imminent move to a purpose-built new site.

However, there were still concerns. Evidence from other, similar charities which went through such transformations suggested the process could cause confusion, dampen support or reduce donations. Our challenge was to prevent such negative outcomes.

With just a few months to plan for the name change, we worked with the charity to prepare an imaginative and integrated, month-long communication campaign, spanning newspapers, broadcast and social media channels.

It engaged patients, relatives, staff and supporters in huge numbers and delivered results the charity could only have dreamt of – including driving a massive increase in donations.

Thanks to the success of the campaign, the charity can confidently focus attention on its work, to transform the experiences of children so they can be a child first; patient second. 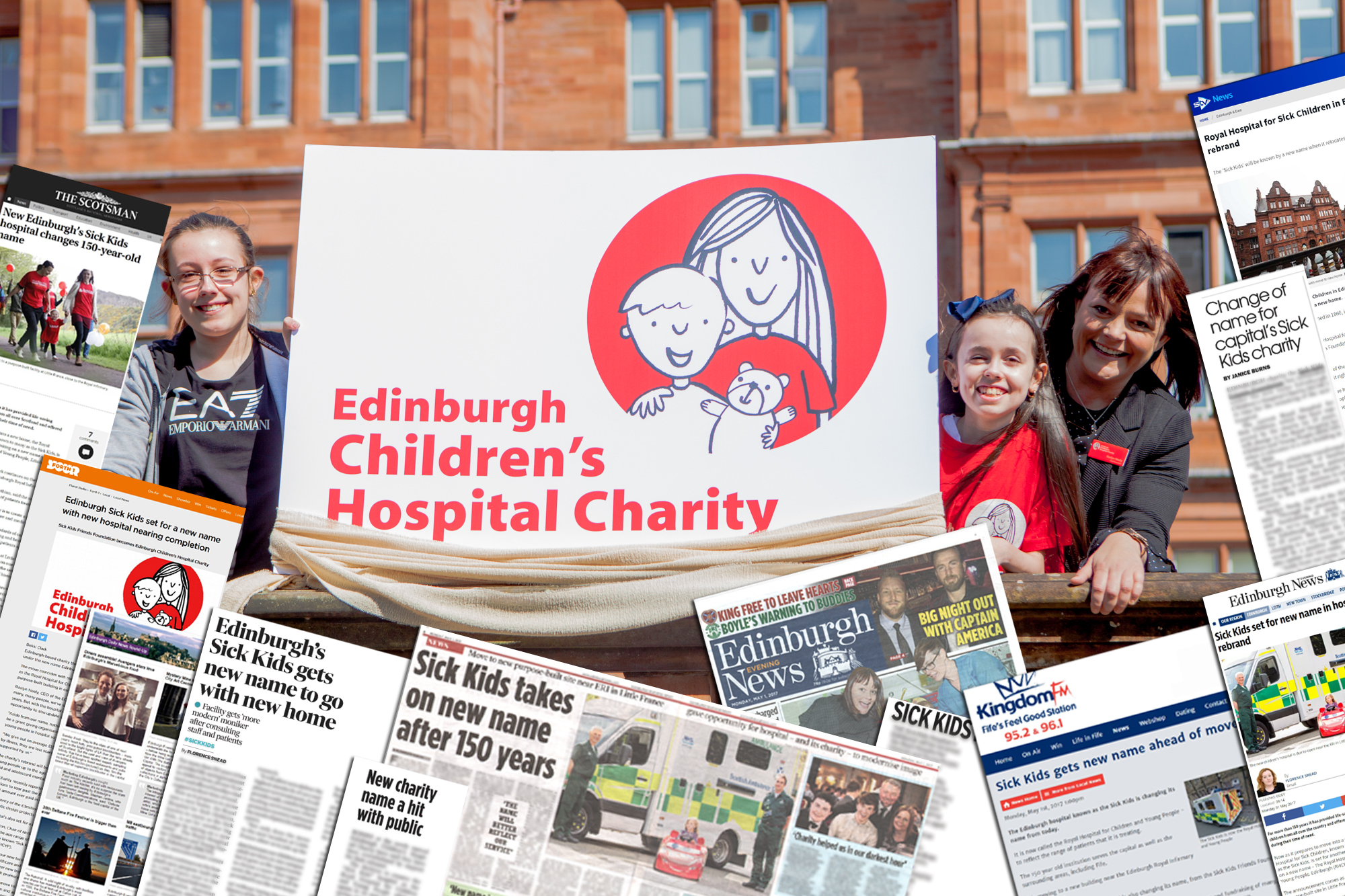 So just how did we deliver these fantastic results? By cleverly coordinating a month-long campaign that used print, web, and video to engage and inform the public.

Some of our tactics included a buzz-building social media teaser campaign, an exclusive launch partnership with Edinburgh Evening News; an imaginative follow up photo call for national media.

Those were followed up with a rollout of compelling case studies for regional media – and one of the biggest successes was a month-long social media push on the “Humans of ECHC”, which involved 24 social media case studies, providing a  month’s worth of fresh, engaging and shareable content.

The carefully-planned and well-crafted campaign invoolved 28 social media “teaser” posts, while we also produced a detailed social media guide for the charity’s ambassadors, to help them fully promote the messaging as widely as possible. Meantime, we also researched and produced five regionalised media case studies, set up two exciting and visual photo opportunities.

We also worked with ECHC to produce nine short videos, which between them averaged around 4700 views each.

Roslyn Neely, CEO of ECHC, said: “Name changes can be potentially harmful, so we needed a tightly-managed and creative PR plan to ensure that not only did a wide audience get to know about our new name, but that it gave us a solid platform for the future.

“Holyrood PR exceeded all our expectations. The overwhelmingly positive response blew us away – beating all targets we set for reach, awareness and support.

“While we did research to ensure our renaming exercise would not seriously hamper donations, we were delighted to see a surge of new funds in our first month as ECHC.

“The relief and reassurance this campaign has brought to ECHC is immeasurable – and we’ve already had other organisations come onto us to ask how we did it.”

We’d love the chance to chat with you about the amazing financal boosts and other benefits delivered by a cost-effected public relations campaign.