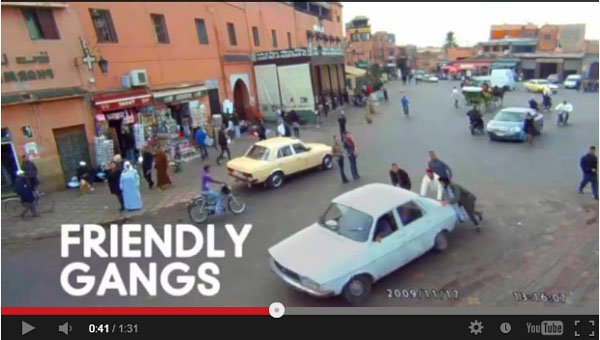 I always post things that require you to “take a break” but this time you really should. Have a look at these top ten adverts voted by TED, a set of global conferences that showcase “ideas worth spreading”. From some good deeds and gestures caught on a security camera to my personal favourite the “Dumb Ways to Die” song which was written to raise awareness of safety around trains. They are really spectacular and all well deserved, but are there any adverts that should have been in there? Aside from Go Compare… Obviously…

A revolutionary new implant, so tiny you can only just see it with the naked eye, has been developed in the hope of preventing heart attacks. Swiss researchers say this implant can analyze blood from within out bodies and send test results directly to a doctor. The device would be inserted just under the skin in order to determine the status of a patient’s health. The team at the Swiss Federal Institute of Technology in Lausanne, Switzerland, have developed the implant to include five sensors, a radio transmitter and a power system. This technology could be used for doctors to track and monitor a patient’s symptoms ahead of time, as well as for personalized medicine. For more on how this magical little device works, check out the link and video below.

60 OF THE WORLD’S HAPPIEST FACTS (Aoibhínn)

Yesterday was International Happiness Day – I know I’m a tad late on the uptake, but I came across 60 of the worlds happiest facts and had to spread the joy.
Did you know that a group of flamingos is called a flamboyance or that cows have best friends? Have you ever heard that a monkey was once tried and convicted for smoking a cigarette in South Bend, Indiana? Are you aware that we now have less crime, a lower death rate and longer life expectancy than at any other time in human history? Or even that each year as a token of thanks for their aid in WW2 the Netherlands sends 20,000 tulip bulbs to Canada? For more joyful facts check out the following link:

Before you get excited, the comic in this link is not going to show you pictures of rare or exotic flora and fauna. Instead it is showing you how little our cameras mean to us now and how we take for granted the number of pictures we can snap. This comic details the type of pictures we now take since we are no longer limited by the amount left on a roll of film. Take a look at this and see how many you are guilty of taking, if it is 6 or above, go out and buy yourself a camera and limit yourself with the roll of film and who knows it might inspire you to become the next Annie Leibovitz.

If you ever wake up feeling more tired than when you went to sleep, maybe it’s not because you haven’t slept enough but that you’ve slept too much. Scientists are saying that alarm clocks and being wakened up is not natural and can affect your tiredness throughout the day. Your boss might be mad at you for it, but scientists (so top officials that you shouldn’t argue with) are saying that you should let your body naturally wake up with the light and time of day. That sounds a great idea to me and if scientists say so, then I am not arguing with that!