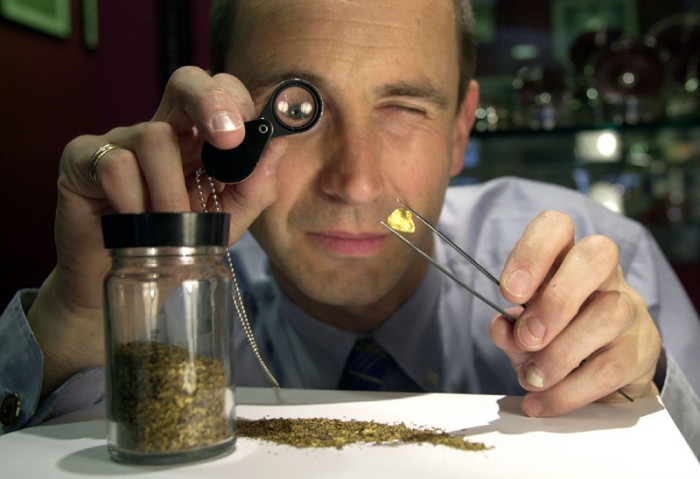 A JEWELLER is set to spark a modern-day gold rush after securing what’s believed to be one of biggest single consignments ever seen of the world’s most precious metal – Scottish gold.

Alistir Tait, the leading Edinburgh-based antique and fine jeweller, plans to create a range of unique pieces from the precious 13 ounce – or around 400 grams – haul of native gold.

Such is the rarity of Scottish gold – one of the biggest chunks ever found only weighed 6.8 grams – that ounce for ounce it is widely regarded by jewellery experts in the UK as the most valuable mineral on the planet. A gram of Scottish gold can easily command five times the normal price of gold.

Alistir paid an undisclosed sum for the glass vial of nuggets – ranging in size from a flake of dust to pea-sized chunks – after a prospector, who had collected the cache by panning every gold-producing river in the country, approached him. 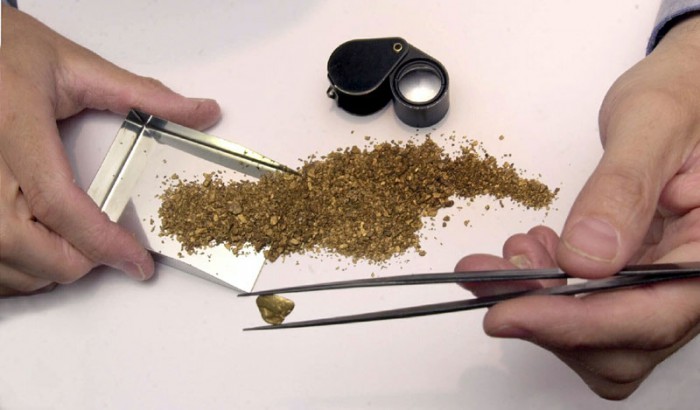 Alistir said: “The story behind the gold is as remarkable as the quantity involved. I have been a jeweller for more years than I care to remember and have never seen a single consignment of this size. It is unique in my experience.

“The man came into my shop out of the blue and pulled the container out of his pocket and asked if I would be interested. We got chatting and he told me that he had panned every viable river and stream in Scotland over a number of years and had collected every nugget he found.

“He said that he had achieved what he wanted and had no real attachment to the gold itself. He was almost like a Munro-bagger in that the challenge for him was to work the entire set of rivers. Once he achieved that he was quite happy and decided to move on to something else.

“I have done some panning myself and I know the considerable work you have to do to find even just the smallest flake of gold, so I can only imagine the effort that must have gone in to acquire this collection.

Most panners just keep what they find or pass pieces onto friends or family, that’s why to come across this major haul is virtually unprecedented.”

Alistir, who runs Alistir Wood Tait Antique and Fine Jewellery in Edinburgh’s Rose Street, is now planning to carry out a test smelt to assess the temperament of the precious metal and its workability.

If, as expected, it proves suitable, he plans to take orders for one-off pieces of jewellery, like wedding rings or pendants which will carry the unique Scottish gold hallmark. If that proves to be the case, the haul of gold could easily be worth £25,000.

He added: “There are a small number of jewellers who produce pieces made entirely from Scottish gold and, as you would imagine, those items have special romantic value.

“We expect there will be a lot of interest from people who will love the prospect of owning something which is about as truly Scottish and unique as you can find.” 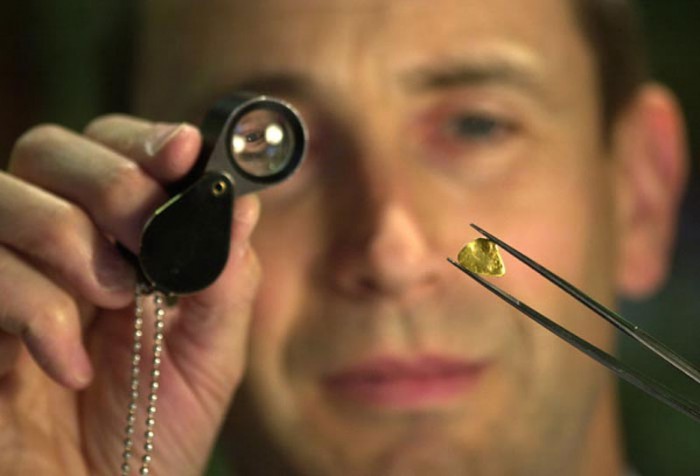 Alistir, who is an acclaimed expert in gemmology and Scottish antique jewellery, added: “Scotland’s heritage as a centre of jewellery-making is unsung in many respects, though there is a healthy interest in unique Scottish styles, as well as a rich variety of native precious and semi-precious stones to be found all over the country.

“There is considerable interest in truly Scottish jewellery and such pieces are extremely collectable, especially among expatriate Scots and those of Scots descent across the world.”

Pure gold is 24 carats and the precious metal found in Scotland is among he purest in the world, measuring 22.8 carats. Scottish gold is also very soft making it easily workable – Alistir expects to make 250 items from the collection if it can be smelted.

It also has a much richer yellow colour than commercially marketed gold. Small amounts of gold have been found in Scotland for centuries, particularly in the Lowther Hills around Leadhills and Wanlockhead in Lanarkshire, which has even hosted the World Gold Panning championships.

In 1868-69 Scotland even enjoyed its own year-long “Gold Rush” similar to those in California and Australia, when hundreds of prospectors descended on Kildonan in Sutherland to pan streams on the Duke of Sutherland’s estate.

Historically Scottish gold was used to make coins during the reigns of King James V and Mary Queen of Scots, while in 1999 the current Queen presented the new Scottish Parliament with a silver mace, adorned with a ring of gold, made from metal panned at Wanlockhead.