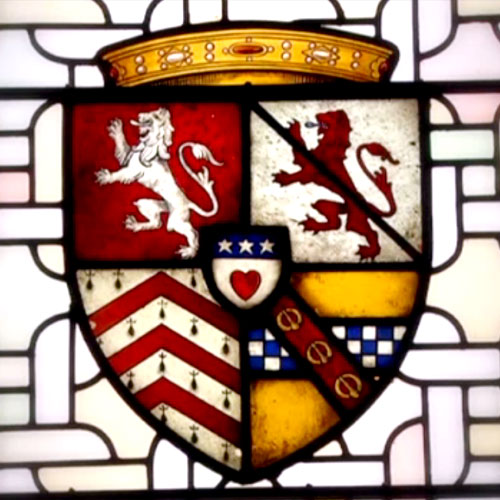 I’ve just discovered that public relations is in my genes.

Who told me so? None other than the BBC, in the shape of Paul Murton who presents the excellent series, Scotland’s Clans.

Turns out that the Douglas name was a byword for PR excellence as far back as 1329 when legendary Scottish warlord King Robert the Bruce died and asked for his heart to be taken into battle as part of the Crusades.

The Bruce’s right hand man was Sir James Douglas, who was known as either the Good Sir James or the Black Douglas after making a name for himself during the wars of independence with England.

A great national Scottish hero, Sir James was knighted on the field of Scotland’s greatest every victory over the English at Bannockburn.

The PR credentials of the Douglas clan were sealed when Sir James agreed to take The Bruce’s heart – sealed in a silver and enamelled casket and worn round his neck – into battle against the Muslims occupying the Holy Land.

The reality was that he never made it that far. After joining with soldiers loyal to the Spanish monarch, Douglas and his knights joined battle with their Moorish foes at the Battle of Teba in Spain in 1330.

There he was cornered and massively outnumber,  yet still managed to manfully throw the Bruce’s heart casket to safety while roaring: “Onward Braveheart, Douglas shall follow thee or die!”.

He was killed, but in the BBC show, Murton insisted: “It was the best kind of medieval PR his family could have hoped for!”.

Almost immediately the Douglas clan incorporated the blood red heart into its clan crest and other heraldic devices. It remains part of the crest to this day, as the attached images show.

But according to presenter Paul Murton and a series of history boffins, the Douglases were the first Scottish family to take this beyond a series of devices to be worn on shields and banners.

Instead, they became the first Scottish PR experts, using branding to promote their names as the clan grew to become the best-known, richest and most powerful family in Scotland.

As Murton put it in the show: “If Scotland has a holy relic, then it must be the heart of Robert the Bruce … but this national icon of patriotism was ruthlessly exploited by the Douglas family and used in a calculated campaign to make them the greatest dynasty of late Medieval Scotland.

“The Douglases adopted the striking image of Bruce’s bloody heart as their coat of arms and the kudos of their association with Scotland’s national hero would bring them enormous power and success.

The Power of Good Branding

“Walking down any city high street today it is impossible to escape brand names and logos. We may like to think that marketing hype is a modern concept, but the way the Douglas clan cashed in on their association with Robert the Bruce’s heart is a perfect illustration that there’s nothing new in this world.

“Just as today, where global brands ruthlessly push their image, so the Douglases exploited theirs.”

Murton then ventured into the National Museum of Scotland to find some “remarkable evidence of just how far the Douglases went to promote their clan identity”.

Wearing protective gloves, he carefully pulled an ancient wooden porridge bowl from a locked museum display cabinet and carefully turned it over to show the Douglas heart icon stamped on the bottom.

Asked if this was normal medieval practice he told the show: “I can’t think of any other example of this type of thing and at this level. “

In the 150 years after the noble sacrifice of Sir James, the Douglas family grew to be the most powerful in Scotland. Their PR savvy continued throughout that period. That included commissioning an epic poem in praise of Clan Douglas, called The Buke of The Howlat.

It didn’t help endear them to the young King James II and might even have played a role in convincing him to take on – and destroy – the most powerful clan in his kingdom, ending the threat of the Douglas family to the throne.

What can I say? I’m not just any PR man – I’m PR man with an ancient and noble heritage.

Catch the full, fascinating episode of  Scotland’s Clans on the BBC iPlayer while you can – http://www.bbc.co.uk/iplayer/episode/b00f6nc7/Scotlands_Clans_Series_1_Clan_Douglas/