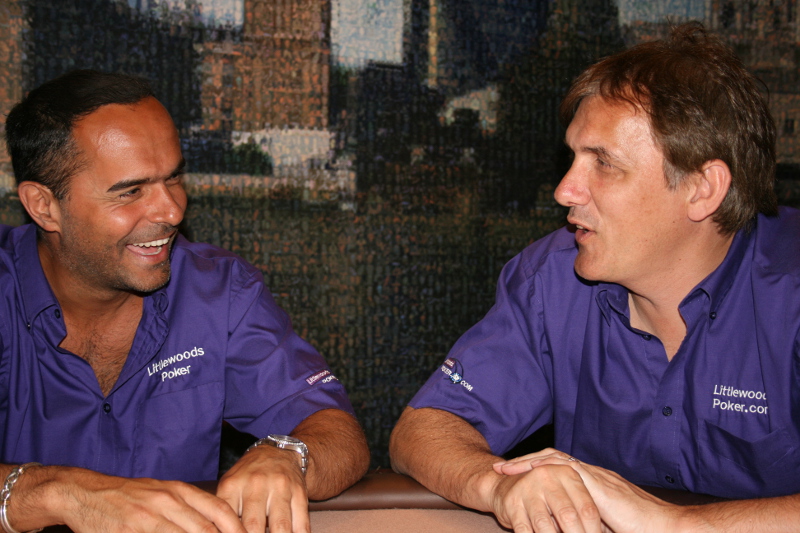 FORMER soap hunk Michael Greco has finally scotched a long-running internet rumour that he comes from the east end of the Lothians, rather than his actual home in London.

The actor, who is best known for his role as Beppe Di Marco in EastEnders and was once voted the sexiest man on TV, says that he has been left bemused by claims that he grew up in a coastal town in East Lothian rather than his actual home in the English Capital. 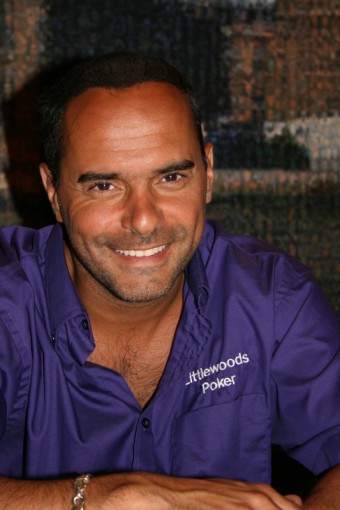 The rumours have come from numerous websites listing Michael’s biography, which have included details about his childhood and claimed that he was born to Italian parents in Dunbar.

But now the former soap star, who is known as a professional Littlewoods Poker player, alongside fellow sponsored professional and Irish footballing legend Tony Cascarino (pictured together, above), has decided to set the record straight about his alleged Caledonian ancestry.

Michael, who is sponsored by Littlewoods Poker and plays in professional tournaments across the globe, said: “There’s a rumour going round that I’m actually Scottish and I was born in either Dundee or Dunbar, but I’m afraid it’s not true. I keep seeing it on wikipedia and other websites that have my biography on them but I don’t have a clue where it’s come from.

“I was born in South East London and have lived in that area for all my life, so that’s probably as far away from Scotland as you can get. I’ve got a lot of friends in Edinburgh and I’ve followed Rangers FC for a few years now but those are the only ties I have with the country.

“I don’t know whether it’s come from some mischievous EastEnders fan in Scotland who has decided to try claim me as one of their own or if it’s someone who has thought that, because I’ve got a lot of family connections with Italy, I must be one of the many Scots-Italians from the east coast. 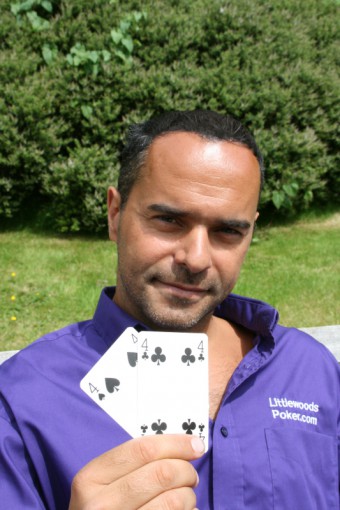 “Whatever the case, it’s certainly a little bizarre. I’m very flattered, as I think Scots are some of the best people in the world, but unfortunately I’m not one of them myself.”

The rumours of Michael’s alleged Scots heritage started appearing shortly after he joined the popular BBC programme in 1998 and have continued during his recent poker career, which has seen him amass more than £200,000 in winnings.

The actor, who has recently finished filming a new movie called Naked in London, recently signed a sponsorship deal with Littlewoods Poker which will see him represent the UK’s trusted name in gaming at a series of professional tournaments over the coming year.

He will also be competing in a monthly tournament against players on the LittlewoodsPoker.com site, where there there will be a £250 bounty available to anyone who knocks him out of the game.

Bruce Martin, Head of Operations with LittlewoodsPoker.com, said: “There’s been a rumour going round for a number of years that Michael is actually a proud Scot who has hidden his true identity by playing a Londoner in EastEnders.

“I know he travels to Scotland regularly and has a lot of personal connections with Glasgow and Edinburgh, but he has never even lived here – let alone spent his early years growing up on the east coast.

“Obviously his character in EastEnders was so popular that one of his many Scottish fans has decided to claim him as an East Lothian boy. It’s certainly fooled a lot of people over the past few years but, unfortunately, it’s not the case.

“It’s a pity, because he would have been a star player in any Scottish poker team.”

Find out how our public relations agency can benefit your business

Our PR agency in Edinburgh, Scotland offers PR services including media relations, media training, PR photography and video. We deliver measurabel success for a huge range of businesses and would love to hear from you.

There are many hassle-free ways to contact us. You can phone on 0131 561 2244 or fill in the simple form below and we’ll get straight back to you: