Iconic US Jail Boss to Give Leadership Masterclass in Scotland

on behalf of Winning Entrepreneurs 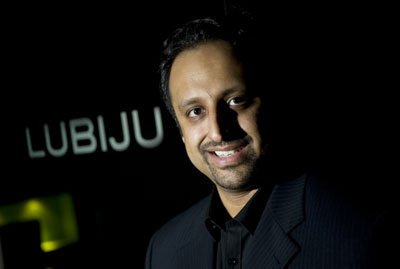 The warden credited with cleaning up America’s most notorious prison – Louisiana State Penitentiary – is to give Scottish entrepreneurs tips on success.

Burl Cain will be speaking to members of the Winning Entrepreneurs business network after he was impressed by charity work at the jail carried out by two group members, a leading Scottish dentist Biju Krishnan and fellow businessman Richard O’Connor.

Louisiana State Penitentiary is nicknamed Angola or The Farm and is one of the most infamous jails in the US, renowned for inmate violence and gang troubles.  Many of its 5000 inmate population will never be freed.

However, under Warden Cain’s leadership the largest prison in the US has been transformed virtually beyond recognition has seen a large decrease in violent incidents.

Father of two Dr Krishnan and serial entrepreneur Richard O’Connor travelled to the in April to lay groundwork for a potential charity project providing shipping containers to be converted by inmates into homes and classrooms to ease the shortages in post-Katrina New Orleans.

Dr Krishnan made such an impact on Warden Cain that he decided to fly with his wife to the UK so she can be treated at his acclaimed specialist dental centre, Lubiju, in Edinburgh.  Since Warden Cain is also one of America’s most sought-after motivational speakers he agreed to address members of Edinburgh’s elite networking group, Winning Entrepreneurs.

Dundee University graduate Dr Krishnan added: “When I first met with Burl it was easy to see why people consider him as such an inspiration. What he has achieved at the prison is little short of miraculous, yet he is the most modest, unassuming guy.

“I’m delighted he is bringing his wife to have treatment at our dental centre – and even more pleased he has agreed to speak to members of Winning Entrepreneurs. This will be his only speaking engagement.

“There is not prison or institution in the UK which comes anywhere close to Louisiana State Penitentiary – likewise I don’t there will be anyone on the UK speaking circuit like Burl Cain. This is a really exciting coup.”

Winning Entrepreneurs is an invite-only networking group open only to the owners or founders of businesses. It offers them the chance to meet with like-minded individuals and share years of knowledge, contacts and ideas.

Members include IT and property magnate Shaf Rasul, Scotland’s richest Asian entrepreneur and star of the new online version of Dragon’s Den; Mark McElney, CEO and founder of No 1 Currency, Scotland’s fastest growing company; and PJ Darling of Spark Energy.

Founder Belinda Roberts said: “Events like this show the benefits of being a member of Winning Entrepreneurs. Not only is it a strong network, it’s also a group that can appreciate the advice offered from speakers of the quality of Burl Cain.

“I’m extremely grateful to Biju and Richard for helping set this up. It shows the incredible diversity, reach and contacts that our members enjoy. I genuinely believe that Warden Cain will also make a host of important contacts during his visit.”

Burl said: “It’s my first trip to Scotland and my wife and I are looking forward to meeting and greeting the peers of Richard and Biju.  These two young men impressed me greatly during their recent trip to Angola.  In today’s hard economic times we need folks who think “out of the box” and have a “can-do” attitude.  These guys definitely have those remarkable qualities.

“In addition to giving me advice and suggestions on energy efficiency and health care savings, Richard arranged for their fellow Scotsman Bob Keillor to speak to the inmate population.  He was a hit with the inmates who related to his entrepreneurial spirit.

“Many men at Angola unfortunately came here because they were selfish and wanted to be successful by taking.  I’m happy to report that today many of these men have become “morally rehabilitated” and have discovered hidden talents and learned skills that would have kept them out of the penitentiary.  Today they want to give back.”

Burl Cain holds a degree from the Louisiana State University and a master’s degree in Criminal Justice from Grambling State University and has more than 30 years experience in corrections. His success at turning around the lives of even the most hardened criminals has been so successful at keeping the peace at LSP that other states have referred to it as a model.

Legendary blues musician Huddie William Ledbetter – known as Leadbelly – served four years at Angola from 1930-34 and based many of his finest works on his jail experiences. Gil Scott Heron also wrote songs about the prison, which has extensively influenced the works of James Lee Burke, considered by many to be America’s greatest living crime writer.

The event is taking place at on June 8 at Prestonfield House Hotel.  The ticket price of £90 includes a pre-dinner drink, 3 course meal with wine & coffee. Places can be booked by calling 0845-658-8680.